Passive Income Vs. Active IncomeDifferences You Need to Know Between the Two!

Income is the money that a person or company earns through providing a good or service or through making investments.

Income is often divided into two primary categories, which are active and passive income.

There is a considerable difference between these two categories both in the manner in which the income is acquired and the level of hands-on effort that is spent in earning it.

Active income is income that requires the earner to materially participate in earning it, such as through providing a product or service.

Essentially, active income involves trading time for money, such as through receiving pay for a full or part-time job.

On the other hand, passive income is money that is earned from an enterprise without requiring significant time or investment.

Commonly this is the result of returns on investments such as dividends or income from rental properties.

Active income refers to income earned as the result of the direct investment of time and effort.

This income is the primary source of support for the majority of individuals and is most commonly earned in the form of wages, salaries, and other forms of compensation resulting from employment or income from material participation in a company.

Essentially active income results from trading time for money. Active income is important for offering a quick and consistent form of income.

Additionally, active income generally provides the basis of cash upon which investments to create passive returns are based.

Though active income will always result from an active investment of time and effort, it can take several forms.

This includes but is not limited to hourly wages, salaries, tips, commissions, and material participation in a business.

In the United States, active income is taxed as ordinary income at rates that depend upon the amount of income a taxpayer earned.

These rates work on a system of progressive brackets so that the more active income a taxpayer earns, the larger their tax burden will be.

Advantages and Disadvantages of Active Income

Passive income is income that is earned with a minimal investment of time and effort. This is often earned by individuals and companies alike through investment in an income-earning asset. This income stream is passive because it does not require the earner to be present or take active action in order to continue earning money.

Though passive income often pays relatively little over a short period of time and can take years to accumulate, it can provide significant tax benefits and financial security relative to active income.

Because it is not tied to the active effort, passive income can provide a layer of security against a loss of employment.

There are many potential sources of passive income, including:

Though earning income from these enterprises may require significant time and work upfront, they will continue to earn money often for many years without requiring any additional effort or attention.

Advantages and Disadvantages of Passive Income 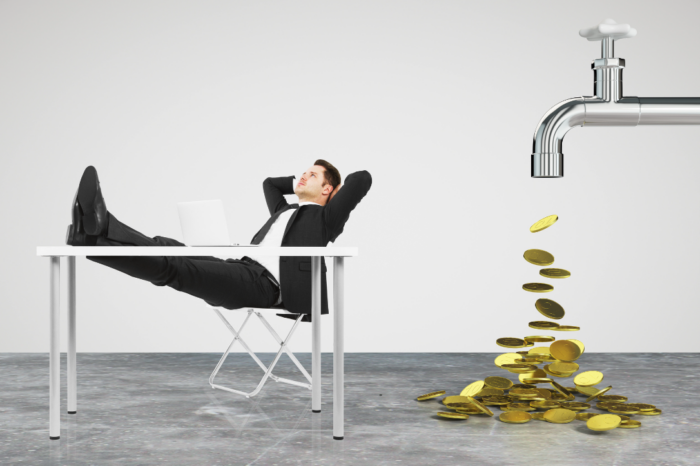 Active and passive income are highly different both in the ways they are earned and in the amount of active time and attention that goes into earning them. Active income generally comes from active employment and is the regular source of income for most people.

Passive income often acts as a supplementary source of income that requires little time or attention to earning. However, just because it is not always necessary to actively work to earn passive income, this does not mean that an individual may not need or choose to do so in some cases. Particularly in the case of self-employed individuals and those participating with others in business activity, it can be difficult to distinguish between active and passive income.

Due to this, the Internal Revenue Service (IRS) has created some guidelines for distinguishing between what constitutes active and passive income. If income from a given enterprise meets any one of the following criteria, it is regarded as active income:

How Active and Passive Income Is Taxed

A significant benefit of passive income is the preferential way in which it is taxed.

Active income is taxed as ordinary income, which means that it will be taxed using the regular federal income tax brackets, which can be as high as 37% in the tax year 2021-2022, as well as state income tax, if any.

On top of this, active income is subject to FICA taxes of Medicare and Social Security, which will total out to 15.3% up to certain limits.

Short-term capital gains are taxed at an individual’s ordinary income tax rate but are not charged FICA taxes and can benefit substantially from tax advantages, including MACRS depreciation, claiming expenses for repairs, maintenance, and property taxes, as well as other tax deductions.

Long-term capital gains come from investments that are held for more than a year and are taxed at a low end of 0% to a high of 20%, which are significantly lower than ordinary income tax rates, which range from 10% to 37% in the 2021-2022 tax year. For taxpayers on the high end of these tax rates, it is easy to see how much they could save by paying 20% on income vs. 37%.

As a result, many investors attempt to classify as much of their passive income as long-term capital gains as possible.

In most cases, taxpayers will benefit from attempting to classify as much of their passive income as possible as long-term capital gains in order to benefit from the lower tax rates. In many cases, this may be possible through holding investments for a longer period of time.