What is Return on Invested Capital (ROIC)?

When firms wish to assess the profitability of their businesses, they rely on financial metrics to help them.

When firms wish to determine the efficient use of their assets in generating income for the company, calculating for the Return on Invested Capital (ROIC) is the computation to be used.

On the one hand, when firms compare the ROIC against the Weighted Average Cost of Capital (WACC), it gives an indication whether or not a company is effectively using their assets.

When bench-marking companies, the ROIC ratio is used in order to determine the value of other companies.

The formula to compute for the ROIC is:

Where NOPAT stands for Net Operating Profit After Tax or can also be computed as EBIT x (1 – Tax Rate).

What ROIC Can Tell You

ROIC is helpful when companies wish to determine whether or not they are creating value and this is done through the comparison of the ROIC against the Cost of Capital.

The value of the ROIC is stated in terms of percentages and is typically computed as an annualized value.

In order to know if a company is indeed operating at a premium and value is created, the ROIC should be greater than the WACC.

If the ROIC is at two points higher than the cost of capital, benchmarking indicates that value is created.

When companies are operating at a premium, this can indicate a positive growth for the company and means that the excess can be reinvested in order to secure its future.

For companies that operate on multiple segments, the ROIC may not be able to provide a clear idea on which segments are operating at a profit or generate value for the company.

The indication of whether a company is generating value is even made less clear when the computation is derived from the Net Income since the information is simply taken out from a single instance or a non-recurring event.

Other financial ratios also derive their context from the ROIC such as the P/E Ratio, which can help in the amount at which it can be traded.

The premium generated from the ROIC is able to help firms suggest that they are able to operate at a profit.

Example of How to Use ROIC

Company XYZ has the following information to compute for the ROIC:

Based on the formula to compute for the ROIC, the NOPAT first has to be computed which is EBIT x (1 – Tax Rate.

The invested capital is computed by adding all liabilities and equity and then subtracting cash and cash equivalents.

The numerator (NOPAT) and the denominator (Invested Capital) is already determined.

A positive ROIC indicates that a company is able to generate value. 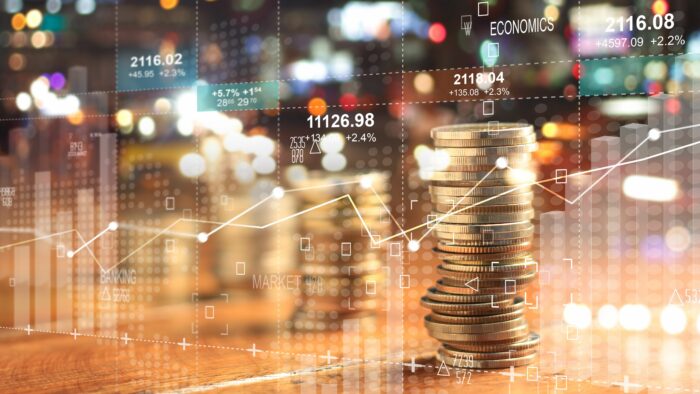 What is Invested Capital?

Invested capital is the capital raised by a company from shareholders and debt holders.

This is computed by adding the equity, debt, capital lease obligations and subtracting cash and other investments that are not required in the operations of the company.

What Does Return on Invested Capital Tell You?

The Return on Invested Capital indicates whether or not the company is efficiently and effectively using their assets to generate profit for the company.

Ideally, when the ROIC exceeds that of the cost of capital, it means that the firm is able to use the invested capital in the firm well and is not destroying it.