A non-tariff barrier is any measure used to restrict imports or exports of goods or services other than tariffs.

These include a wide range of mechanisms, including levies, financial requirements, quotas, licensing requirements, embargoes, and many more.

As tariffs have gradually declined in use amongst developed countries, non-tariff barriers have grown as a means to regulate international trade for both political and economic purposes.

Non-tariff barriers encompass all trade barriers with the exception of tariffs which are a tax imposed on the import and export of goods.

These barriers can have a significant impact on international trade due to the limitations they create on the actions of the free market.

These barriers can take an extremely wide range of forms, from inconveniencing trade such as pre-shipment inspections to severe restrictions such as quotas on the trade of certain goods.

Countries may use non-tariff barriers as a strategy to control the extent of trade they perform with other countries.

These are often based on the availability of certain goods and services, political alliances, and other economic and political factors.

Non-tariff barriers are often used in conjunction or independently of tariffs, which remain the most common form of trade barrier to control the import and export of goods and services.

Though they may not require a direct payment like a tariff from the exporting entity, non-tariff barriers can still have a significant effect on the trade of goods and services internationally and can result in an economic loss for both the exporting and importing countries.

As a result, they are often opposed by proponents of free trade policies. 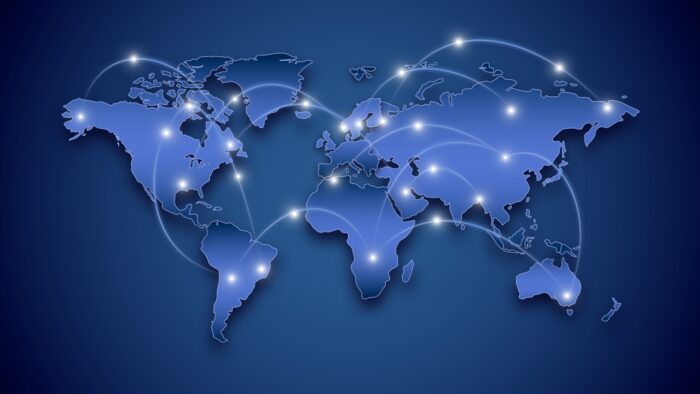 Before the development of modern industrialized economies, the governments of countries had to acquire funding.

This could not easily be acquired from their own economies, so as a result, they would introduce tariffs that taxed the import and export of goods.

However, as the economies of these countries developed, their governments developed alternatives to tariffs for acquiring the funds they needed.

This is why many developing countries still employ tariffs which provide a tool for acquiring funds.

However, without their dependence on tariffs as a tool to acquire governmental funding, countries with developed economies transitioned away from tariffs to non-tariff barriers, which still allow them to regulate international trade without subjecting certain countries to additional taxes on exports and imports.

Non-tariff barriers are also popular as a tool to protect local industries and companies which have been negatively impacted by the removal of tariffs.

In the absence of these protections, weaker industries may be unable to compete with their international competitors.

There are many types of barriers to trade that have been used in place of tariffs.

However, here are some of the most common examples.

Countries may require companies to acquire licenses in order to import certain goods.

These are an extremely common form of non-tariff barrier that limits the participation in such an industry to only specific companies which are able to acquire a trade license.

Once acquired, this license will allow a company to import goods into a country that would otherwise only be available to domestic companies.

A one-time license sets specific restrictions, including the quantity of the goods which may be imported, its cost, the country from which it originates, and the particular suction point through which it must travel.

Quotas are a common form of the non-tariff barrier, which sets particular quantitative limits on the importing and exporting of goods and services.

Under a quota, a government places a specific limitation on either the value or the number of goods that can be imported into a country.

Generally, until this quota is reached, which will generally be set for a specified timeframe, the government will place no restrictions on the importation of these goods and services.

Quotas are often used as a part of international trade licensing agreements.

Embargoes are an outright ban on the trade of certain goods or services with another country.

This type of non-tariff barrier plays an important role in how governments achieve their political or economic goals.

This type of non-tariff barrier attempts to prevent the concept of dumping, in which a product is introduced into a market at an amount less than its regular price.

This can cause significant damage to domestic industries which produce the same or similar products. In order to prevent this damage, anti-dumping measures may be employed, such as anti-dumping duties or subsidies to local industries.

In some cases, financial measures may be used, such as limiting access to foreign currency exchange or manipulating exchange rates.

This may be used both to increase the cost of importing goods as well as potentially to boost exports.

Some exporting countries will attempt to use voluntary export restraints in certain situations.

These restraints place limits on the number of services or goods a country may export to certain other countries. These restraints generally are formed on the basis of political alliances as well as availability.

One example of non-tariff barriers exists in the African Continental Free Trade Area.

Businesses within this area have to deal with 55 national standards and 55 national inspection procedures, as well as 5 test certificates. This can make trading a very slow process for these businesses.