A holding company, also known as an “umbrella” or “parent” company, is created with the sole purpose of owning another company’s stock.

Unlike most other business entities, a holding company does not actually provide any goods or services.

In fact, it doesn’t really even conduct any business operations.

So why would anyone want to create a holding company if it does not actually produce any goods or services or conduct any business operations?

The simplest way to answer this question is because they want to have a controlling interest in another company and they are looking for a way to protect their business’ assets.

What is a Holding Company? 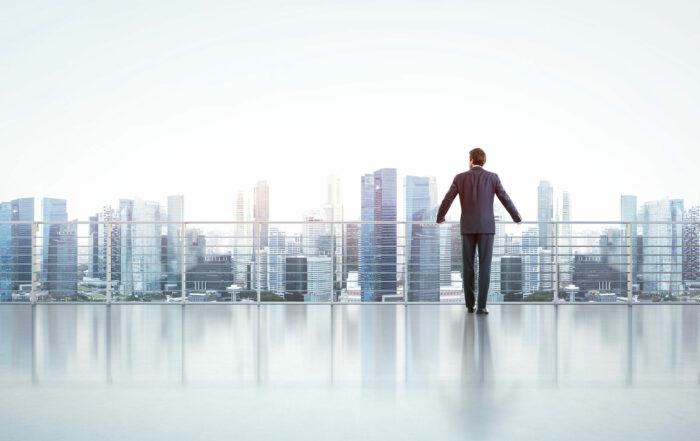 A holding company is a business entity, usually a corporation or limited liability company, that owns a majority or a large part of another company’s stock.

This ownership gives them the controlling stock in another company which means they can control the company’s policies and oversee management decisions.

While they do not themselves produce any goods or services, the companies they own do manufacture, sell, and conduct business operations.

These companies that they own are called operating companies.

Furthermore, holding companies cannot run day-to-day operations, but they do have control over the general direction of the company.

Holding companies are responsible for overseeing how their subsidiaries are run.

A holding company can own anywhere from 100% to 51% of a company’s stock in order to have majority control.

This ensures that a vote of owners will go its way.

If the stock is diverse, they can have majority control for even less, which we will touch on more later.

Management of the holding company is responsible for the company’s major financing activities such as where to invest its money.

A holding company can sell equity interests in itself or its subsidiaries to obtain funds in order to make investments.

Subsidiaries can pay the holding company dividends, distributions, interest payments, rents, and other types of payments as a way to earn revenue.

Perhaps one of the biggest benefits of a holding company, besides control over it subsidiaries, is that it is protected from certain liabilities.

As mentioned above, there are several benefits to using a holding company:

When a holding company is created, it is a separate entity from its subsidiaries.

By placing valuable assets of the business, which included items like property, intellectual property, and equipment under the holding company, it provides a liability shield from creditors or possible litigation.

For examples, let’s say one of the subsidiaries is a veterinary hospital who has been unable to pay its veterinarians.

The veterinarians can sue the veterinary hospital (which is the subsidiary), but cannot reach the assets of the holding company because it is a completely separate entity.

As long as the holding company did not personally guarantee any loans to the subsidiary, this holds true.

If a subsidiary fails, the holding company simply sells its shares in that company.

If a holding company is doing well financially, they can give loans to their subsidiaries at a much lower interest rate.

This is especially ideal if a subsidiary is just starting out and in need of capital.

Traditional lenders may view startups as a risky investment and will issue higher interest rates, or less favorable terms.

The holding company can lend to the subsidiary and distribute the funds as needed.

Starting a business from scratch is expensive and risky, but holding companies allow individuals to own shares (ownership) in a company at a lower costs.

Rather than acquiring 100% ownership interest in a subsidiary, the holding company can acquire a percent of shares to still give them control.

For example, a holding company can acquire 25% ownership of a subsidiary and still have majority ownership if the ownership is diverse.

This could make them the largest shareholder because they could have the largest portion, even though it is 25% and not 51% or more.

This allows investors to control more companies with smaller investments and diversify their subsidiaries.

A great example of this is Berkshire Hathaway.

They are a holding company for a multitude of businesses.

Flexibility for Growth and Development

Because the holding company is structured in a way that protects its members from risk, this allows for greater flexibility and development.

They can diversify more efficiently, invest in new ventures, or exit ventures as needed, without having to worry about specific risks.

Holding company members do not manage day-to-day operations and instead can focus on the growth and development of their subsidiaries.

Berkshire Hathaway is a great example of a very large and powerful holding company.

Some of the subsidiaries that Berkshire Hathaway owns that you have most likely heard of include GEICO, Fruit of the Loom, Dairy Queen, Duracell, and others.

Other subsidiaries that Berkshire Hathaway does not have majority ownership in but still has a percent of ownership include Apple, Bank of America, American Express, and more.

You can see a complete list of their subsidiaries here.