These types of governments provide for personal property and freedoms and have fewer laws restricting the actions of people and companies.

Often these limitations, as well as the powers of these governments, are spelled out in a constitution.

In direct contrast with a limited government is an authoritarian government that provides government authorities with extensive powers and regulations to control the actions of those under its control.

However, regardless of the type of government a country possesses, even the most limited generally provide for some degree of control. 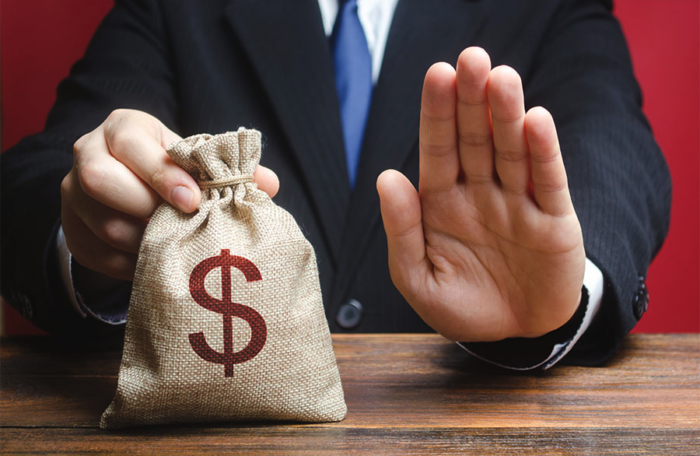 It is difficult to define what exactly a limited government is as there are numerous interpretations.

However, one of the most commonly accepted interpretations of a limited government is that the government exists to protect its people and their rights, including those of possessing private property.

In doing this, such a government will levy only the taxes necessary to provide the services to achieve this.

Under another commonly accepted and not mutually exclusive interpretation, a limited government refers to a government in which it only possesses the powers granted to it in a constitution.

This commonly includes a structure in which powers are divided amongst several branches limiting the authority of any one branch.

Under these interpretations, the concept of a limited government is often associated with the concepts of laissez-faire and classic liberalism, in which the government permits an extensive degree of economic freedom.

However, the exact nature of the relationship between the government and the extent of its ability to intervene in the economy is still highly debated among economists and politicians.

The term-limited government originated in the sixteenth century under King James VI of England.

However, the concept is mulch older than that. In fact, as early as the Magna Carta in 1215, the principles of limiting the power of the government were used to limit the power of England’s king.

This document was one of the earliest describing a form of limited government.

Under this document, the English king granted the nobility of the realm certain rights that the king could not infringe upon.

However, this document was still very limited in scope protecting only a small number of individuals and very few rights.

In its modern form, the concept of a limited government arose out of the theories of classical liberal philosophers such as John Locke.

Locke believed that in a state of nature, men would naturally form a sort of government and that the powers of a government should be limited only to what its people allowed it to do.

Locke further provided four specific limitations on the power of a government, including that they should only rule by law and that all people are equal under the law, Laws should only be made to serve the common good, that taxes would not be raised without representation, and that no law-making authority would be delegated without the consent of the people.

Locke’s theories would be highly influential in another major development in the ideas of a limited government set forth by the U.S. Constitution.

Under this document’s provisions for a limited government, it would divide federal powers amongst three branches, including a legislative branch, executive branch, and judicial branch, as well as further divide powers between federal and state governments.

This structure of government was intended to make it difficult for any one individual or group to gain too much influence over the entirety of the government.

Further, the U.S. Constitution provided a Bill of Rights which are its first ten amendments.

These amendments provide certain rights to U.S. citizens that the government cannot infringe upon, thereby limiting the ability of the government to exercise certain powers.

Limited governments generally attempt to avoid interventions in the markets and trade and are often associated with economic concepts such as laissez-faire.

In a laissez-faire economic system, private citizens are free to engage in trade without any sort of interference from the government.

In this type of economic system, first proposed by Adam Smith in 1776, the government would not intervene in business activity at all, instead allowing the markets to self-regulate.

Supporters of this type of economic system argue that limited governments can support economic growth and general welfare by avoiding all unnecessary restrictions.

This viewpoint later became associated with the Austrian school of economic thought, and believes that intervention by governments can cause a reduction in market competition and disruption to the natural forces of supply and demand.

Opponents of this system’s view hold that the government is obligated to intervene with economic activity whenever it is necessary to support equitable outcomes and moderate economic activity.

In the modern day, this has become heavily associated with the works of economist John Keynes. 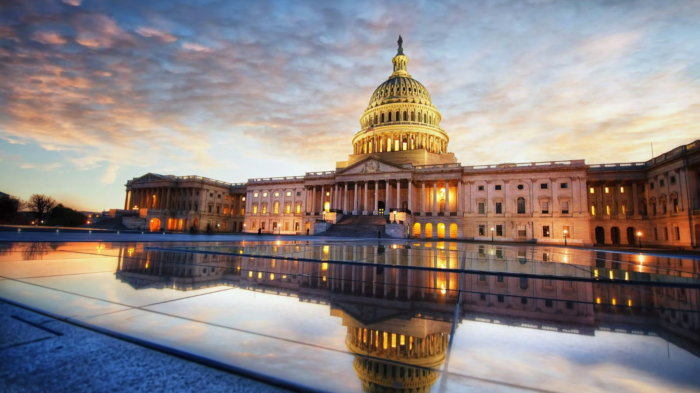 Limited governments provide individuals and businesses with a high degree of freedom and help to ensure that everyone has the ability to make their voices heard.

These governments also often possess constitutions and distributions of power, which make it difficult for a single person or interest group to seize too much power.

Additionally, these governments are limited by the powers they are given and are themselves subject to the law, and are accountable to the citizens therein.

From an economic standpoint, the limited intervention of the government in economic activity can be highly beneficial both for market competition and stable policies, which are crucial for investor confidence.

As a result, both companies and consumers benefit from the resulting innovation and lower costs.

Though many economists and politicians agree that a limited government offers greater benefits, these thinkers disagree on the extent to which a government’s powers should be limited.

Additionally, some critics argue that the government holds an obligation to attempt to resolve issues that the free market cannot.

One example of this, critics contend, is the regulations protecting the environment.

Without the government punishing these individuals for violations, it would be possible for individuals to pursue civil recourse through the courts.

However, this could be difficult for many who may be affected to do so. Instead, the government typically enforces these laws on the public’s behalf.

Another example is how governments may operate to protect important industries.

Though this can significantly distort market forces, it can also support industries that may provide public benefits.

As such, critics of a limited government contend that the benefits outweigh the costs.

The Difference Between a Limited and a Small Government

Though the terms “limited government” and “small government” are often used interchangeably, there is a significant difference in meaning between these two concepts.

Generally, the term small government is used to refer to a government with minimal taxation and few administrators.

Though this often is closely related to a limited government, this is not always the case.

A small government may still impose burdensome regulations and provide no more economic or personal liberties even if its taxes and administrators are too few to enforce these regulations effectively.

In some cases, taxes may be so low that the administrators of such a government are not paid well and, as a result, may resort to graft or accepting bribes in order to earn better wages.

This can place a larger burden than even taxes on economic activity.

In contrast, a limited government may have significant taxes and a large number of administrators.

However, it will generally attempt to provide those under its control with economic and personal freedom.

Though often these concepts will be intertwined, in practice, they have significantly different meanings.

Example of a Limited Government

One of the most prominent examples of a limited government is that of the United States of America.

The government of this country is limited by a constitution that provides it with explicit powers and limitations.

The U.S. government is also divided into several distinct branches, which are in turn limited in power by a series of checks and balances.

This limits the ability of any one person or interest group to seize too much power.

Several other countries follow similar structures to a greater or lesser degree incorporating constitutions and multiple branches of government such as Australia and Japan.

The Relationship Between Federalism and Limited Governments

Federalism describes a system of government in which a government is divided into two distinct sovereign powers.

The governing powers in such a system are divided between these governments, thereby limiting the power and authority of either one.