CEO vs. PresidentWhat's the Difference?

Large companies and organizations have structures of hierarchy and these hierarchies play a key role in how the business runs.

Difference roles come with different responsibilities, and different decisions they’ll have to make.

Take a hotel company, for instance.

The CEO will make decisions that the housekeeping department won’t have any say in, but the CEO won’t be deciding which cleaning products are used in which situations.

Managers will make decisions for their departments. A housekeeper will report to the housekeeping manager.

A front desk clerk will report to the front desk manager, and so on and so forth.

The CEO is the highest ranking executive in a company, and the CEO reports to the board of directors.

Often, the CEO is also the head of the board of directors.

The role of president is part of the hierarchy of a business or organization.

Even sports teams have presidents, general managers, and so on.

Let’s break down the differences and the similarities between a CEO and a president, what each role is responsible for, where there’s overlap and what’s unique about each position. 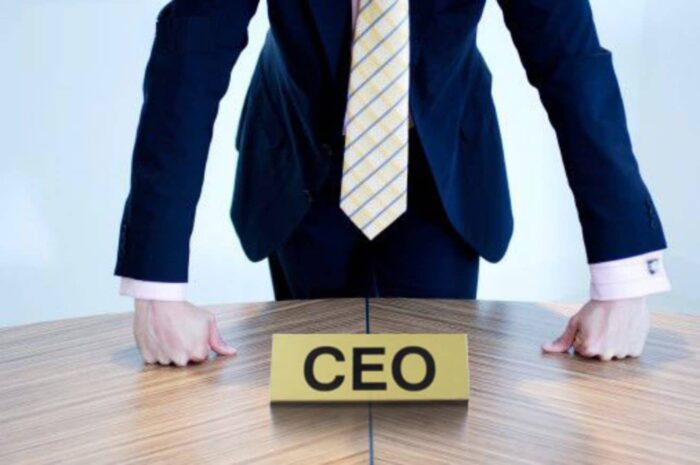 A CEO is responsible for determining the vision of an organization and the strategy necessary to execute that vision.

They’ll take information and suggestions from other c-suite executives and department heads and distill it into a uniform plan of action.

The CEO also acts as the public face of a company and when things go wrong, it’s their name that’s going to be in the news.

They report to shareholders and will often interact with the community on behalf of the business.

The CEO is the head executive in a company but they aren’t the only executive.

There are a handful of executives in a company, which are referred to as the “c-suite”.

Here are the other roles that exist in the c-suite of a typical corporate hierarchy.

The CEO has certain legal responsibilities to the company’s shareholders, which are known as fiduciary duties.

Failure to adhere to these duties can result in severe consequences for the CEO and the company.

The CEO will often be the highest-paid member of the organization, but this isn’t always the case.

For instance, in a business that owns a professional sports team, some of the athletes will often earn the highest salaries.

The same is true in the entertainment industry, where top CEO’s of a film studio may earn tens of millions in salary but an actor can earn that in a single movie and can make multiple films a year.

In any case, as a general rule of thumb, it’s the CEO that earns the most in a business and has the most responsibility.

The buck stops at them when things go wrong since they’re the ones that have to go on the news or issue a press release to apologize, for example, if the company does something wrong or harmful.

Quick Facts About a President

The president of a company reports to the board of directors and to the CEO.

This is the role that’s directly below the CEO in the hierarchy of a business.

The president in a business oversees things like determining the budgets that are needed for each department.

This leads to department heads propositioning the president for higher budgets and trying to make the argument that their department needs the funds more than other departments.

The president is also responsible for staffing and managing the executives and heads of departments.

Both roles are crucial, since it’s the staff that are carrying out the strategies and plans that are determined by the CEO, and the president is there to empower those staff members.

The CEO comes up with the vision, and the president works with the employees to implement it.

The president isn’t necessarily an officer in the company, but if the president is a member of the c-suite then they will also have a fiduciary duty to the shareholders (owners) of the business, as outlined above for the CEO.

What’s The Difference Between a CEO and a President?

The following table will help to illustrate the differences and the similarities of a CEO vs president in a corporate structure.

The amount of overlap between CEO and president will vary. It can depend on the size of the business, the experience and skills of the person filling the roles, the funding or budget that exists to hire high-level executives, if the CEO is also the owner, and more.

Sometimes, one person will fill the role of both president and CEO.

This is more common in smaller companies and is much more rare as the business becomes larger since it becomes more and more difficult, and less practical or effective, for one person to hold both roles.

Sometimes, there won’t be a CEO at all, in which case the president is the highest ranking employee.

CEO vs President: Which is More Important?

In terms of hierarchy, pay, and their role in the company, the CEO is the most important because without the vision at the top, it’s hard to get a business in sync.

Having said that, it’s the president that takes this vision and turns it into reality by working with the leaders of each department within the company.

The CEO is ranked higher, but you’ll be hard pressed to find a CEO who won’t admit that having an amazing president working below them is an essential part of success.

The president of an organization has a ton of direct hands-on influence over how well things are going to run, but at the end of the day, they’re working to implement the vision and strategy that has been determined and assigned by the CEO.