CEO vs OwnerWhat's the Difference?

Businesses of all sizes are faced with many different types of challenges, and someone needs to step up and be responsible for those challenges and obstacles.

This is true for the world’s largest corporations all the way to the smallest little shop sitting on the corner of a quiet street.

If you imagine a large corporation and who is in charge of it, you’ll probably picture a board of directors, the c-suite, and the CEO in particular.

This large corporation, if they’re publicly traded, will be owned by many shareholders.

If it’s a private company, there can still be shareholders but it will usually be a smaller group of owners.

The shareholders have some say in things but they’re largely trusting the board and the CEO to operate the business unless the ownership needs to intervene in exceptional cases.

In the other example, a small business like a corner store or a family restaurant or a wedding photographer, the owner takes on a much more integral role in running the business and accepting responsibility for its success or failure.

If this smaller business is incorporated, then it’s pretty common for the owner to also be the CEO.

Let’s compare the CEO vs owner, their roles, and how they impact the success of a business.

CEO Vs Owner: Here’s What You Need To Know 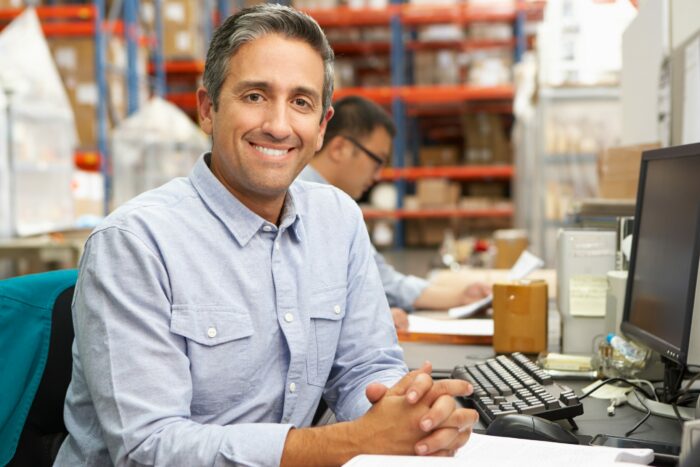 What Does The Owner Do?

In the case of small businesses, the owner is often the person who founded the company from the initial idea, the planning stages, and then building it and making it grow.

But generally speaking, the owner is the person who got the business off the ground and is intimately familiar with how it runs and operates, especially in smaller businesses and in particular when there’s an owner/operator running the show.

There can be a sole-owner who has 100% of the company, or it can be a partnership or a similar arrangement where there are co-owners.

The day to day tasks of an owner can vary greatly from business to business.

Some owners will work towards taking a step back and being less involved, whereas other owners will be very hands-on to a point where it can slow the potential growth of the business.

The owner doesn’t really have a specific role in the company in terms of what their responsibilities are.

There isn’t a set list of tasks that the owner needs to do each day other than what the owner sets for themself, and many owners will delegate most or all of this work to other people if the company is large enough to allow for that.

You could say that the owner’s job is to delegate these things, but even that isn’t written in stone – it really depends on what the owner wants to do.

They’re the ones who own the business, afterall.

So when you’re considering CEO vs. owner and comparing their roles, it’s easier to look at what the CEO does because there are more concrete responsibilities for a CEO in a company than there are for the owner.

What Does The CEO Do?

The CEO is the highest ranking employee in a business.

The CEO works with other members of the c-suite to create the strategy that the business will use, which can take into account a number of factors including market forces, preparing for growth, preparing for periods of financial hardship, dealing with controversies, taking advantage of opportunities, and more.

In a company that has a CEO, a board of directors, a c-suite of executives, and so on – the owner will likely be less directly involved in the day to day operations, and in many cases there are numerous owners who all possess some amount of equity.

What Are The Differences Between CEO vs. Owner?

As discussed above, the differences between the owner and the CEO will depend on the size of the company, the role that the owner decides to take on, how many owners there are, how much equity each one has, and the needs of the company moving forward.

The CEO has a certain set of responsibilities and things that a CEO needs to do in general.

There are also some general things that an owner will typically do, but the owner has more leeway to dictate what those things are, which roles they want to take on, how much they want to work at this business if at all, and more.

An owner can own numerous businesses that other people are running, or an owner can have one small business where they do most of the work, if not all of the work.

Owners who can let go of the reins a bit and trust the business in the hands of capable staff are able to free themselves up to work on the most important things, while letting the day to day things fall on the shoulders of staff.

Should An Owner Hire a CEO?

Knowing that the roles of an owner are different from those of a CEO, some owners will opt to hire a CEO for their business.

Someone could have all of the necessary skills to grow their business to a certain level, but lack certain skills that can help it grow beyond a family business or small business size.

In the aforementioned cases, it can be wise for an owner to find a CEO who can take things to the next level.

Many business owners have certain visions and goals for the company, just like a CEO would have, however these owners may not possess the management skills, or the ability to motivate their employees as effectively, or any number of other traits that are great to have in a leader.

Hiring a CEO allows the owner to focus on what they do best and to use their time in the most effective way.

It’s not unlike when a small business owner hires their first or second employee to free up more of the owner’s time to work on specific tasks, just at a later stage in the business growth process.

Final Thoughts on the CEO vs Owner of a Business

The owner and the CEO play very different roles in a company, even when one individual is doing double duty and taking on the roles of owner and CEO at the same time.

The size and scale of a business, the industry, the necessary skills and the long-term strategy will all factor into who should be the CEO, whether it’s the owner or somebody else who is brought in or promoted from within.