What is Optimal Capital Structure?

Optimal Capital Structure is the most effective and efficient capital financing strategy that balances the cost of debt and equity financing.

This balance minimizes a company’s cost of capital while the company value is maximized.

The lowest cost of capital is achieved through debt financing because of the tax deductibility it offers.

However, companies should be cautious in utilizing debt because if it is too high, the financial risk to shareholders increases and subsequently, the required Return on Equity (ROE).

When a debt’s marginal benefit is equal to the marginal cost of the company, an optimal point has been achieved. 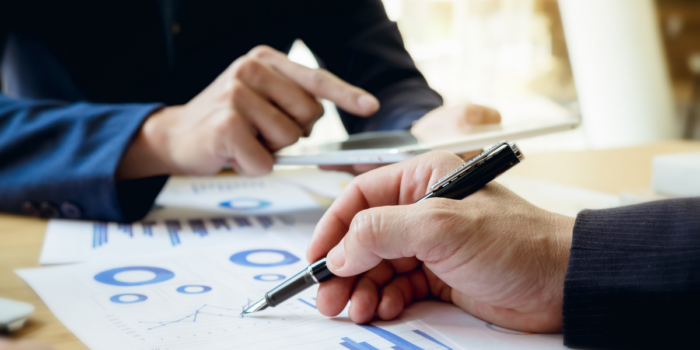 Optimal Capital Structure is the effective calculation of debt and equity financing so that the Weighted Average Cost of Capital (WACC) is minimized while the market value of a company is maximized.

The goal of a company’s finance department is to maximize the use of debt and capital financing to achieve its optimal capital structure.

Economists Franco Modigliani and Merton Miller stated that in an efficient market where bankruptcy and agency costs, taxes, and asymmetric information are absent, the capital structure does not have any effect on a company’s value.

Debt financing is considered to be less expensive because it has lesser risks.

The debt investor’s required return to be compensated is less than that of equity investors.

In addition to that, interest payments are tax deductible whereas dividends are only paid after tax.

When a company is liquidated, lenders have priority to be paid over shareholders. With a lesser risk, the cost of debt is cheaper than the cost of equity.

However, there is a definite drawback to debt financing.

High debt requires a relatively high-interest payment that could affect the company’s profitability and bankruptcy risk.

With higher risk, there is a higher required return to compensate the company’s shareholders and this can lead to an increase in the WACC, which could result in a decrease in the business’ market value.

A company with a stable cash flow usually has a higher debt tolerance and a high debt percentage in the optimal capital structure, whereas those with unstable cash flow can only tolerate a lower debt with a high amount of equity.

Determining a company’s optimal capital structure can be challenging to identify.

However, it is made possible when the management operates within a range of different values and takes into consideration how the market perceives the financial decisions they make because one wrong decision can result in an unwanted market setback.

Most often, companies use debt financing because it’s a safer practice and would not provide a negative impression to the market.

Moreover, a company that acquires debts provides a positive signal to investors, an occurrence that is referred to as debt signaling.

When equity financing is used instead of debt financing and in effect, the capital is raised too much during a certain period, the cost of capital also increases.

The method to gauge a company’s economic status is through the debt/equity ratio.

Also, investors can compare the capital leverage of companies within the same industry.

For a more reliable comparison, investors must assume that every company operates at its optimal structure.

As such, they will be able to evaluate which company uses a higher debt percentage.

Thinking like a bank is another strategy for figuring out the best debt-to-equity ratios.

How much debt should a bank be willing to lend?

Other debt ratios may also be used by an analyst to assign the company a bond rating and create a credit profile for it.

The spread above a company’s risk-free rate can then be calculated using the default spread associated with the bond rating, which is AAA.

Attaining an Optimal Capital Structure varies across industries, and there is no guidance for the optimum structure for all industries.

But since the basis of investors is the strength of a company’s Balance Sheet, it only makes sense that they decide to put their money in firms that have lower levels of debt and high equity levels.

The proposition states that the capital structure does not affect the company’s position in a perfect market because the value of the firm does not depend on which type of financing is used.

The M&M Theory’s two propositions are the following:

Proposition I states that the company’s capital structure would not affect its economic status.

Whatever capital funding strategy the company chooses, the company’s value will remain the same.

Under this type of proposition, a company is independent of the capital structure and dependent on the future earnings expected.

This proposition describes the reduction of WACC every time a company’s financial leverage increases.

In reality, companies struggle with credit risk, market inefficiency, all types of transaction costs, and even business taxation which makes debt and equity financing important across industries.

In the pecking order theory, the costs of unequal information are the main focus.

This technique suggests that businesses prioritize their financing strategy depending on the way that presents the least amount of difficulty.

Internal finance is first on the list of preferred strategies, followed by debt and, as a last resort, external equity financing.