Open PositionDefined along with Examples

In terms of trading and investing, an open position is an established or initiated trade that has not yet been finished with an offsetting trade.

However, regardless of the cause, an open position will remain until an offsetting trade takes place. 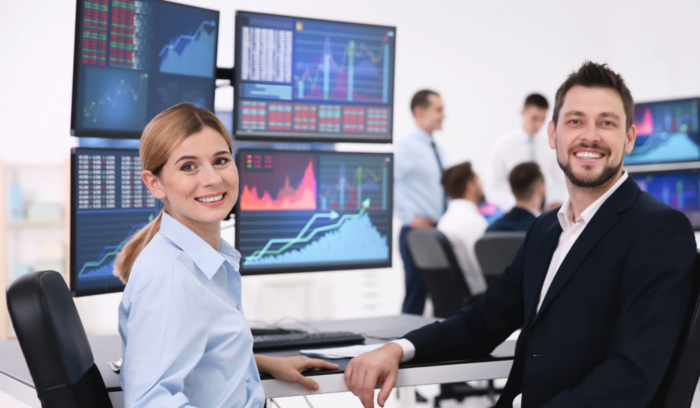 An open position is one of the key positions in trading and investment and can be one of three types, long, short, or neutral.

This position exists whenever an individual or entity acquires stock that it has not yet closed an opposing deal on.

For example, if an investor holds 100 shares of a stock, they currently hold an open position in that stock.

If and when the investor sells this stock, the position is closed.

Investors applying a “buy-and-hold” strategy to investing generally hold an open position in at least one stock.

In contrast, day traders and scalpers may apply “round-trip” strategies in which an open and closed position is executed in rapid succession in order to take advantage of small rapid price movements during the course of a single day.

For any investor, a portfolio is essentially a collection of open positions, including long, short, and neutral positions held by the investor.

While held in a portfolio, any trade will remain in an active state until action is taken to close the open position.

Open positions may be held for a period of only seconds to many years, depending on the motives and tactics of a given trader or investor.

How an open position is closed will depend upon whether the investor or trader holds a long or a short position.

A long position is the most common type of open position and exists when an investor purchases a security or derivative with the intention to hold it until it rises in value.

In order to close this position, the investor will sell the asset.

A short position exists when a trader sells a security with the intention to repurchase it at a later date when the price drops.

In order to close this position, the trader must repurchase the security.

Open Positions and the Risk of Market Exposure

Whenever an investor holds an open position on trade in their portfolio, this presents the risks associated with market exposure.

This is because any changes in market conditions can have a direct impact on the value of the investment, which means that an open position holds an inherent risk of loss.

This risk will vary depending upon the size of investors holding and the holding period; however, it will be continuously present until the position is closed.

In general, the longer an investor holds an open position, the greater the risk will be due to the inherent risk of loss from unexpected changes in market conditions.

The same principles regarding open positions apply in forex trading as well. An open position begins whenever a buy or sell trade has been initiated, but a financial result has not occurred.

If a trader buys an asset with the intention to sell it when the value rises, this is a long position that will only be closed when the asset is sold.

Whereas, if a currency pair were to be sold with the expectation that the currency will go down and they will buy it back, this would be a short position that would be closed when the asset is repurchased.

In day trading, traders attempt to buy and sell their securities in a single trading day in order to take advantage of small price movements.

This is a common practice in forex and stock markets, but it presents a high degree of risk.

If a day trader fails to close their positions in a day, this means that their dangerous position will be held overnight, and during this time, the market could turn against them.

Limiting the Risk of Open Positions

Open positions are a necessary part of earning a profit off of trading as assets are bought and sold, but due to the volatility of markets, this carries an inherent risk.

In order to limit their risk, investors should always limit an open position to 2% or less of the total value of their portfolio.

By diversifying their open positions across many market sectors and classes of assets, investors can reduce their risk.