CPI vs RPIBoth measures of inflation, but they're not exactly the same

Inflation is an undesirable yet unavoidable phenomenon.

It represents the overall increase in the prices of goods and services for a specific period.

But the bad thing about it is that it also indicates that the currency’s purchasing power is declining.

That said, it’s very rare that a country can completely avoid inflation.

So rather than avoiding it, most countries (through their respective central banks) strive to control the effects of inflation.

They do this by introducing monetary policies such as increasing interest rates, changing cash reserve requirements, etc.

By introducing such policies, the country’s government hopes to slow down the increase in the prices of goods and services.

But of course, we can’t know exactly the effects of inflation if we can’t measure it.

Thankfully, there are various measures that we can use to calculate inflation.

For now, let’s focus on the first two that I mentioned: Consumer Price Index (CPI), and Retail Price Index (RPI).

Though one of these measures is older (and considered outdated), they are still both used currently to calculate inflation.

In this article, we will talk about the CPI and RPI, as well as their differences.

Which of the two is more globally used?

Are both of them still valid measures of inflation?

What is the Consumer Price Index (CPI)? 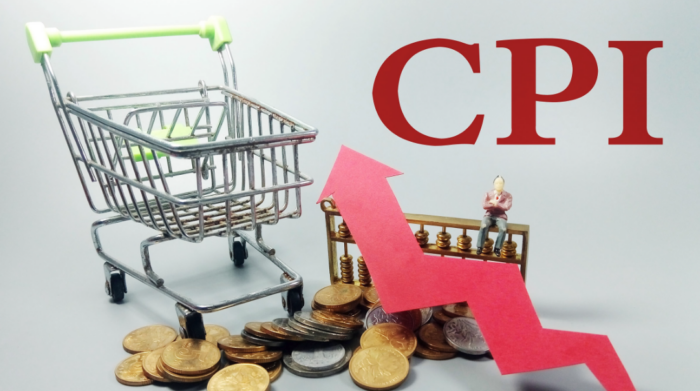 The Consumer Price Index (CPI) is one of the measures of inflation.

It measures the changes in the price of consumer goods and services.

These are usually goods that households purchase for consumption.

The CPI is usually calculated on a monthly basis.

The CPI is one of the globally popular measures of inflation (and deflation).

It may even be the most popular as most countries use it more as a measure of inflation than the others such as the Producer Price Index (PPI) or Retailer Price Index (RPI).

The basis for the calculation of CPI depends on the country.

In the US, the Bureau of Labor Statistics (BLS) uses the prices for the following categories to measure CPI:

Included within these categories are various government-charged user fees, such as vehicle tolls, auto registration fees, and water and sewerage charges.

Additionally, the CPI includes taxes that are directly associated with the prices of goods and services (such as sales and excise taxes) in its calculation.

Aside from being a measure of inflation, the CPI can also index the true value of salaries, wages, and pensions.

The monetary value of salaries and wages will have to increase over time just to account for inflation.

Do note that CPI is an average. It may or may not reflect any particular consumer’s experience.

What is the Retail Price Index (RPI)?

The Retail Price Index (RPI), along with the Consumer Price Index (CPI), are the two main measures of consumer inflation that the UK’s Office for National Statistics (ONS) uses.

Of the two, the RPI is the older one which was introduced in 1947 and only made official in 1956.

Although it is no longer considered an official statistic by the UK, the ONS still uses the RPI for certain types of cost escalation (such as cost of living and wage escalation).

Just like the more popular CPI, the RPI measures the changes in the prices of consumer goods and services over time.

However, it includes items that the CPI does not such as mortgage costs, building insurance, and council taxes.

As a result, when compared side by side, the RPI will show a higher figure for inflation.

The ONS also uses the RPI to figure out the amounts payable on index-linked securities, including increases in index-linked gilts and social housing rent.

Aside from the government, the RPI is also useful for private individuals such as employers.

British employers use RPI as a starting point in wage negotiation.

Some argue that the RPI is already outdated. In 2013, a UK national statistician assessed that the formula to calculate RPI does not meet international standards.

In January 2018, Mack Carney (governor of the Bank of England) said that the RPI should be abandoned.

Still, because of its additional purposes, the ONS continues to use it.

Also, they continue to do so to provide a consistent inflation time series. 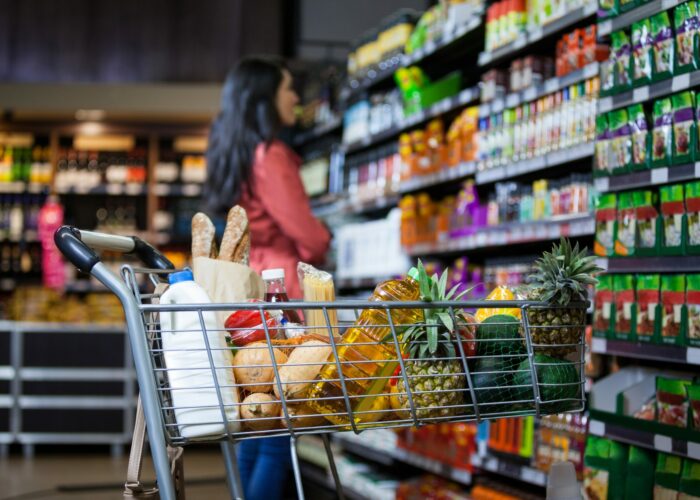 Now that we’ve had a brief discussion of both CPI and RPI, it’s to discuss the major differences between them.

It replaced the previous Cost of Living Index which is another measure of consumer inflation.

It is said that the CPI replaced the RPI as a measure of consumer inflation.

The CPI measures the weighted average prices of the basket of consumer goods and services.

The CPI factors in consumer behavior in its calculation.

It uses geometric mean (GM) as its mode of calculation.

On the other hand, the RPI considers the changes in the retail prices of a basket of goods and services.

It does not consider consumer behavior in its calculation. It uses the arithmetic mean (AM) as its mode of calculation.

The components of CPI will depend on the country.

In the US, the BLS considers the following as the components of CPI: food and beverages, housing, apparel, transportation, medical care, recreation, education and communication, and other goods and services.

It may also include the dearness allowance of government employees and wage contracts.

The RPI includes variations in the price of the basket of retail goods and services in its calculation.

In addition, it also factors in housing costs other than rent such as mortgage interest payments, building insurance, council taxes, etc.

The CPI only factors in the cost of rent for housing.

As a Measure of Inflation

While the UK’s ONS still calculates both CPI and RPI, the RPI is no longer an official national statistic.

It’s no longer a relevant measurement of inflation.

On the other hand, the CPI is a globally used measure of inflation.

It is used as a monitoring tool to maintain price and currency stability.