In a previous article, we talked about the changes brought by the IFRS 16 and ASC 842 in lease accounting.

The new standard/s brought a major change in the accounting landscape of businesses.

An estimate of more than $2 trillion of operating leases was expected to be moved to balance sheets due to the change in lease accounting.

Unlike before where only finance/capital leases are shown on a balance sheet, all leases under the new standard are recognized on the balance sheet.

That means all leases, be they finance or operating leases.

Leases that have a term of 12 months or lease are allowed to not be shown on the business’s balance sheet.

There are also some exceptions that only apply under IFRS 16 and ASC 842 respectively.

Enough about the changes in lease accounting as a lessee though.

Let’s look at the other side of lease agreements: the lessor.

Fortunately for lessors, the changes are not as impactful as the changes made in lease accounting for lessees.

That said, it can still get quite complicated, hence why I chose to write on it.

So that we can discuss the changes in a more digestible manner.

In this article, we will be discussing the impact of the new standard/s in lease accounting as a lessor.

What are the changes?

What has been kept?

And other things that we should know about. 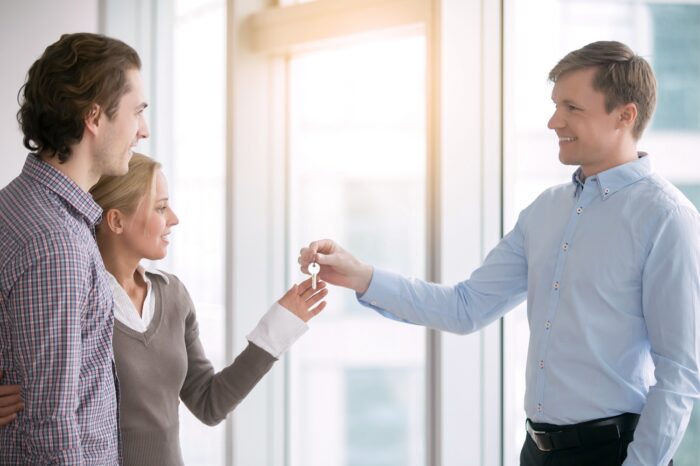 Before we proceed with the changes in lease accounting as a lessor, let’s first have a short recap on what are IFRS 16 and ASC 842.

These two standards have something in common in that they brought an update to lease accounting.

IFRS 16 is applicable for businesses that prepares reports in accordance to the IFRS.

“IFRS 16 specifies how an IFRS reporter will recognise, measure, present and disclose leases. The standard provides a single lessee accounting model, requiring lessees to recognise assets and liabilities for all leases unless the lease term is 12 months or less or the underlying asset has a low value. Lessors continue to classify leases as operating or finance, with IFRS 16’s approach to lessor accounting substantially unchanged from its predecessor, IAS 17.”

It provides a guideline on how leases should be accounted for in a business’s books.

It has a relatively long development cycle as discussions about it started as early as July 2006.

The IFRS 16’s objective is to ensure that lessees and lessors provide relevant information that faithfully represents the lease contracts they entered into.

The standard applies to all leases, including subleases, except for the following:

In such cases, the lessee may opt to account for lease payments as outright expenses.

The means that the lessee does not have to present such leases on the balance sheet.

Otherwise, the lessee and lessor must account for the lease by following the principles presented by IFRS 16.

ASC 842 is similar to IFRS 16 in that it’s the new lease accounting standard.

It was published by the Financial Accounting Standards Board (FASB) and is set to replace ASC 840, which is the previous US GAAP standard for leases.

ASC 842 applies to business that report under the US GAAP.

The history of ASC 842 is pretty interesting.

It came into existence as an answer to the Enron Fallout.

Basically, Enron was a riskier business than what it appeared to be in its financial statements.

Enron had a significant amount of lease obligations which it did not show in its financial statements.

Under ASC 840 (the previous lease standard), only capital leases were required to be shown on the business’s balance sheet.

Eventually, Enron filed for bankruptcy which ultimately cost its shareholders over $11 billion.

After such a fiasco, the SEC tasked the FASB to improve lease accounting, especially lease disclosures.

From there, the FASB, along with the IASB (its international counterpart), started discussions over a new lease accounting standard.

Under ASC 842, lessees and lessors are required to recognize lease obligations/receivables in their financial statements.

This applies whether the lease is finance or operating.

This provides for a more accurate measurement of the monetary value and/or economic benefits of leases.

It also provides better transparency for the timing and uncertainty of cash flows related to leases.

Much like IFRS 16, ASC 842 provides guidelines in accounting for leases.

Although they’re pretty, similar, they do have their differences which can cause complications in financial reporting. 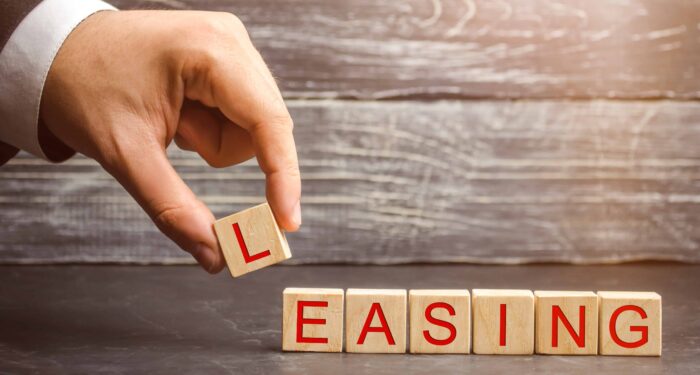 What is a lessor?

A lessor is one party to a lease agreement.

The lessor’s responsibility is to provide the property to be leased (i.e. leased property).

In exchange, the lessor receives compensation in the form of rental payments.

Typically, the lessor is also the owner of the leased property.

For example, June and Tris entered into a lease contract.

The contract states that June is responsible for providing the apartment which Tris will occupy for a term of 12 months.

In exchange, Tris is to pay June $400 every month until the lease contract is fully consumed.

In such a lease agreement, who do you think is the lessor?

If you answered June, then you’re correct.

Since June is the one responsible for providing the property to be leased (apartment in this case), that makes him the lessor.

In addition, he is set to receive compensation from Tris in the form of monthly rental payments.

This further solidifies June’s position as the lessor in this particular lease agreement.

One of the changes brought by the new standard, specifically ASC 842, that affect lessors is the treatment of initial direct costs.

Before ASC 842, initial direct costs incurred by lessors can be capitalized.

That is no longer the case with ASC 842.

Most initial direct costs incurred by lessors are now expensed.

Lease Classifications as a Lessor

Under IFRS 16, the lessor classifies each lease as an operating or finance lease.

Under ASC 842, the lessor classifies leases as either sales-type, direct-finance, or operating.

Finance leases and sales-type leases between the two standards are fairly the same.

If a lease meets any of the following conditions, the lease is a finance lease (IFRS 16), or a sales-type lease (ASC 842):

That’s because these are the same conditions that require a lessee to recognize a lease as a finance lease under ASC 842.

If none of the above conditions are met, the lease will be classified as an operating lease under IFRS 16.

Under ASC 842, the lease can be classified as either direct-finance or operating. 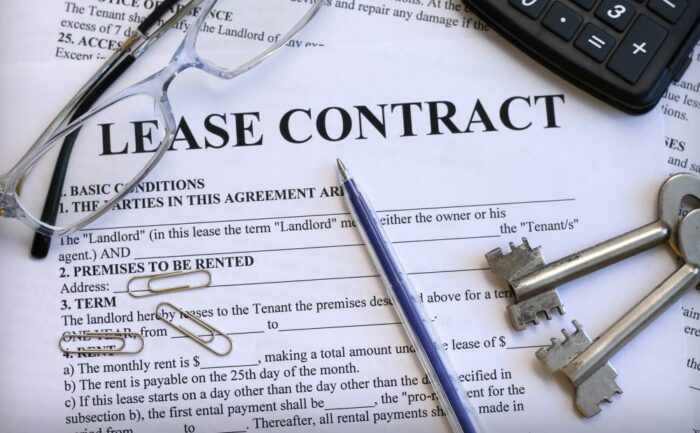 Under IFRS 16, if a lease cannot be classified as a finance lease, the lessor will treat the lease as an operating lease.

That means that any non-finance lease is automatically an operating lease.

Things are a bit different under ASC 842.

If a lease does not qualify as a sales-type lease, it can be one of two things: direct finance or operating.

To determine which classification the lessor should use, it must test the lease if it meets both of the following conditions:

If the lease meets both conditions, it is to be classified by the lessor as a direct finance lease.

Otherwise, the lessor will have to classify the lease as an operating lease.

Lease Accounting as a Lessor

Under IFRS 16, if the lease is a finance lease, the lessor will have to recognize a lease receivable equal to the lessor’s net investment in the lease.

The net investment in the lease figure can be acquired by calculating the sum of the present value of the following:

The above items will be discounted at the interest rate implicit in the lease.

The resulting figures will be added together to arrive at the net investment in the lease figure.

If there are any initial direct costs, they are included in the net investment in the lease.

This only applies if the lessor is not a manufacturer or a dealer.

Additionally, the lessor will have to deduct any incentive payable from the lease payments in the calculation of the net investment in the lease.

The leased property is then derecognized from the lessor’s books.

Any difference between the carrying value of the leased property and lease receivable is immediately recognized as a gain/loss on disposal of an asset.

For manufacturer and dealer lessors, revenue and cost of goods sold are recognized instead.

The lease payments received by the lessor will be allocated between the finance income to be recognized and the reduction of the lease receivable.

To compute for the finance income, the current value of the lease receivable is multiplied by the interest rate impilicit in the lease.

In a sales-type lease, the lessor is assumed to sell the product to the lessee, hence the name.

The lessor will then have to recognize a profit or loss as if the lease was a sales transaction.

At the commencement of the lease, the lessor will have to recognize a lease receivable equal to the net investment in the lease. This includes:

The above items are then summed up to arrive at the net investment in the lease.

It will then be compared to the carrying value of the leased property (which will be derecognized).

If there is a difference, it will be recorded as profit or loss.

Subsequently, the lessor will have to account for the following:

However, there is one major difference: the timing of the recognition of profit or loss.

If the lease is a sales-type lease, profit or loss is immediately recognized upon commencement of the lease.

If the lease is a direct finance lease though, recognition of profit is deferred over the lease term.

The lessor would still have to recognize loss arising from the lease upon commencement.

Aside from this, accounting for the two types of leases is pretty much the same.

The lessor will have to recognize a lease receivable in the form of net investment in the lease.

The lessor will then have to derecognize the leased property.

If there is any difference between the net investment in the lease and the carrying value of the leased property, it will be deferred or outright recognized.

If the difference results in a profit, it will be amortized over the lease term.

Otherwise, if the difference results in a loss, then it will be fully recognized upon commencement of the lease.

Subsequent accounting is also the same, except for the addition of amortization of the profit that resulted from the lease. 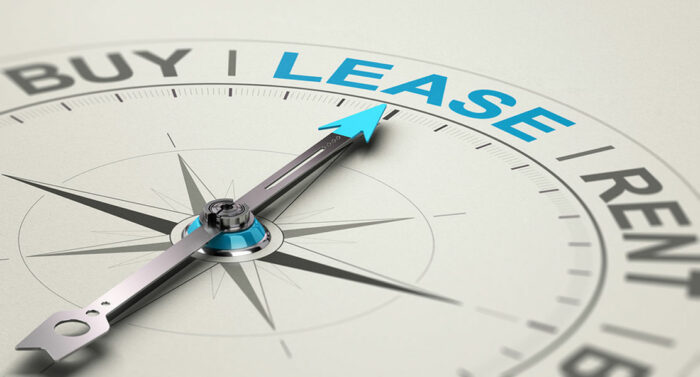 “A lessor recognizes operating lease payments as income on a straight-line basis or, if more representative of the pattern in which benefit from use of the underlying asset is diminished, another systematic basis.”

Accounting for an operating lease under ASC 842 is basically the same.

This means that accounting for operating leases as a lessor is largely unchanged.

Unlike the other types of leases, the lessor does not have to derecognize the leased property in his/her books.

The lessor can then recognize depreciation or amortization on the leased property.

The lease payments received by the lessor will be recognized in the income statement.

The default recognition is to record on a straight-line basis.

If there is another systematic basis that is more representative of the pattern in which income is earned, that method is used instead.

If there is any initial direct cost incurred by the lessor, it will be deferred.

It will be expensed over the lease term.