Gross Pay vs Net PayDifferences beween the two, and how to compute

Payroll accounting can get messy pretty quickly if you don’t understand the basic concepts of payroll.

There are two key components to understand when doing payroll: “Gross pay”, which the employee earns for the work they rendered for the business and “net pay”, which is what goes to the pockets of the employee.

Usually, the gross pay and net pay of an employee aren’t equal.

Understanding why this is the case is the first step to mastering payroll accounting.

But it’s not like the concepts of “gross pay” and “net pay” are only important to payroll accountants.

It’s important for employees too.

If an employee understands the difference between the two, they can feel assured that they are being paid the correct amount.

The employee will know that the amount stated on the contract isn’t necessarily the same amount that he/she receive on pay day.

This helps the employee better identify if they are receiving the correct amount of compensation.

These concepts are equally important for employers as well.

Understanding the difference between “gross pay” and “net pay” can help employers ensure compliance with payroll rules and regulations.

It also helps employers understand the required deductions that they need to withhold from their employee’s salaries and wages.

Understanding the difference between gross and net pay helps employers communicate any disparity between the salaries/wages earned and received by their employee.

Let’s dive in a little deeper and learn everything about gross and net pay. 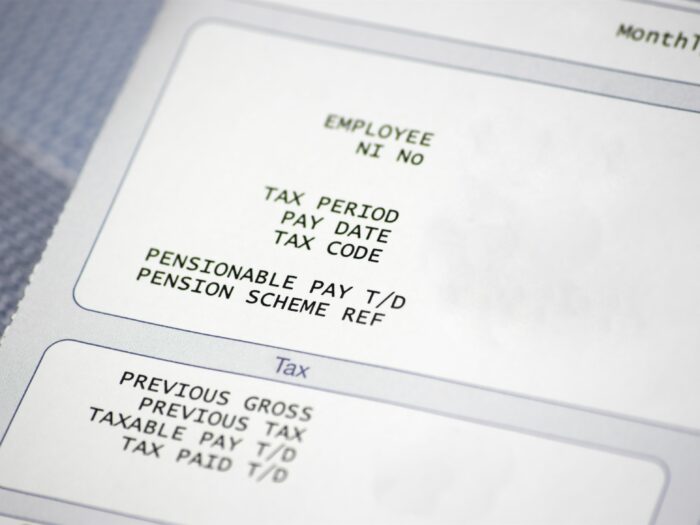 What is gross pay?

Gross pay refers to the amount of compensation an employee earns before any deductions and taxes.

In other words, gross pay is what an employee would have received had there been no deductions.

Gross pay is almost always the top line item on an employee’s payslip.

Gross pay can also be referred to as gross wages or gross salaries.

For example, Kevin is hired as a cashier and is set to be paid a gross wage of $10 per hour.

It is the amount of compensation Kevin earns for every hour he works as a cashier.

Suppose that Kevin worked 40 hours for the week.

That would make his gross pay for the week be:

Based on our computation above, Kevin earns a gross pay of $400 for the 40 hours of work he rendered.

Do note though that gross pay not only includes the salaries and wages of an employee.

Any payment received by the employee as compensation for his/her work will constitute his/her gross pay.

These include but are not limited to the following:

What is Net Pay?

Net pay is the amount of compensation an employee receives after taxes and deductions are taken from their gross pay.

It is the amount of money that the employee actually receives, which is why net pay is also referred to as take-home pay.

On most payslips, the net pay is the bottom line item and is usually in bold or a bigger font for emphasis.

In most cases, the gross pay of an employee won’t be the same as their net pay and that is because there are required deductions (mandated by the government) to be taken from an employee’s wages or salaries.

These required deductions apply whether the employee is working part-time or full-time.

Employee payslips typically have a breakdown of these deductions. 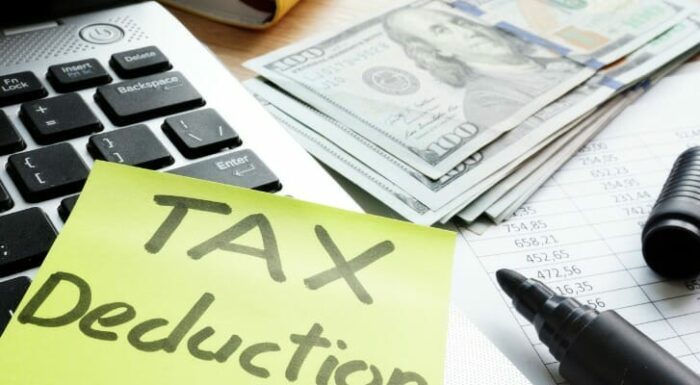 Required deductions can include (but are not limited to) the following:

Employers have the responsibility of withholding a certain amount of an employee’s salary/wage for payment of income tax.

Every paycheck, the employer withholds a certain amount based on the estimate of the amount of taxes the employee will owe from his/her salary/wage and other forms of compensation.

This estimated amount is divided by the employer’s frequency of payments.

For example, if the employer pays the salaries and wages of his/her employees per week, then the total estimate of tax obligation will be divided by 52.

Or if the employee is being paid an hourly rate, then the amount of federal income tax to be withheld will depend on the number of hours the employee had worked.

For example, an employee is being paid a weekly salary.

If this employee is estimated to have an annual tax obligation of $5,200, then $100 will be deducted from his/her salary as federal withholding tax.

This $100 withheld by the employer will then be remitted to the federal government on behalf of the employee.

The current tax withholding system was introduced by the government as a way to expedite the tax collection process.

With it, the government was able to raise additional taxes in a much easier manner.

Before the implementation of the tax withholding system, income taxes were only paid at a specific time of the year.

Taxpayers would have to pay the full amount of their tax obligations, which could quite be the burden if paid all at once.

Aside from that, the government will have to worry about interim tax collections.

With the withholding tax system, taxpayers (including employees) have their taxes automatically deducted from their income.

This spreads out their tax obligation throughout the year, which makes it more tolerable.

The government also gains a consistent source of cash inflow.

State and local governments in the US can impose employers to withhold taxes on the salary or wages of their employees.

Granted, they can only do so based on their tax rates.

So if a particular state does not impose income taxes, then that state cannot impose withholding taxes.

As of this article’s date of publication, there are nine states that don’t impose taxes on salaries or wages.

These states are the following:

An employee can be both withheld a federal and state income tax.

However, these taxes cannot be withheld twice at both levels.

Every employee is taxed at a rate of 6.2% as his/her social security contribution.

This, along with medicare contributions, will form part of an employee’s payroll tax, also known as the Federal Insurance Contribution Act (FICA) tax.

These contributions are made to qualify the employee to withdraw such funds after retiring.

This means that an employee is only required to contribute a maximum of $9,114.

Any amount beyond that is considered to be voluntary.

Medicare contribution is the other part of the FICA tax or payroll tax.

Every employee is taxed at a rate of 1.45% as his/her Medicare contribution.

This contribution can then be used for certain medical circumstances.

Just like the social security contribution, the amount of medicare contribution of the employee will also be matched by the same amount by the employer.

Medicare contributions tax does not have a limit to the amount that it can tax.

Meaning that there is no salary ceiling.

Then there’s another employee that earned $250,000 for the year.

This employee will be taxed a total of $4,075 as his/her Medicare contribution.

A wage garnishment is a court-ordered deduction.

A court can order an employer to withhold a certain amount of an employee’s salary or wages.

This withheld amount will then be used to pay the employee’s debts such as student loan debt, credit card debt, child support, back taxes, etc.

Aside from the above required deductions, an employer may make voluntary deductions from an employee’s pay.

These voluntary deductions could include pension plans, union dues, and uniform costs.

These are voluntary in the sense that they are not required by the government.

Employees don’t always have the option to do away with these deductions if they are included in the contract.

But then, there are voluntary deductions that are the choice of the employee.

These can be offered by the employee such as deductions for personal savings, health plans, life insurance, etc.

By now, the difference between gross pay and net pay should be obvious.

Gross pay is an employee’s compensation before deductions.

On the other hand, net pay is an employee’s compensation after deductions.

Remember that gross pay is not exclusive to the salaries and wages of an employee.

It includes every form of compensation that the employee receives.

Net pay is what we get by applying all the deductions, including taxes, from the gross pay.

An employee’s gross pay will always be greater than his/her net pay, unless there are no deductions or taxes to be applied.

In fact, gross pay will always be the greatest number in an employee’s payslip.

Gross pay will almost always be at the top of an employee’s payslip.

On the other hand, net pay will always be at the bottom.

Usually, the net pay will appear in a bigger or darker font so that it can be easily distinguished from the gross pay.

You just need to add up all the compensation that the employee earned.

If the employee is paid an hourly wage, you only need to multiply the hourly rate by the total hours worked by the employee.

If the employee is paid a salary, then you only need to compute the total salary for the period being covered.

For example, Keanu is earning an hourly wage of $9 working as a barista.

For the current pay period, Keanu worked a total of 30 hours.

Assuming that Keanu is not receiving any other form of compensation, his gross pay will be $270.

Another example, Leonard earns an annual salary of $120,000, which is paid on a monthly basis.

Assuming that Lenoard doesn’t receive any other form of compensation, his monthly gross pay would be $10,000.

The computation for gross pay can get complicated if the employee receives tons of compensation, but it isn’t as hard as computing for net pay.

Computing an employee’s net pay can get quite tricky, what with the computation of deductions and taxes.

The next steps must be taken with care as applying the wrong rates can result in incorrect net pay.

Make sure to only include pre-tax contributions.

The government can be very strict when it comes to taxes, so if you mess up with this step, it can result in a higher or, more importantly, lower withholding tax.