Microsoft Excel is such a wonderful piece of software.

With it, you can perform a plethora of functions.

You can use it to perform mathematical equations for you.

It even knows lots of the mathematical constants such as pi or π.

Just include the syntax PI() in your formula and you’re good to go. 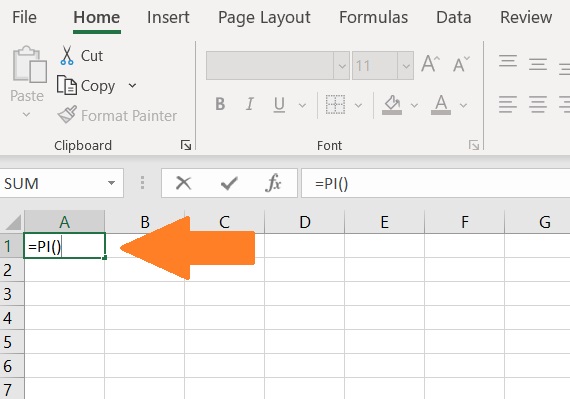 It should return us with the numerical value of pi which is 3.1416…. 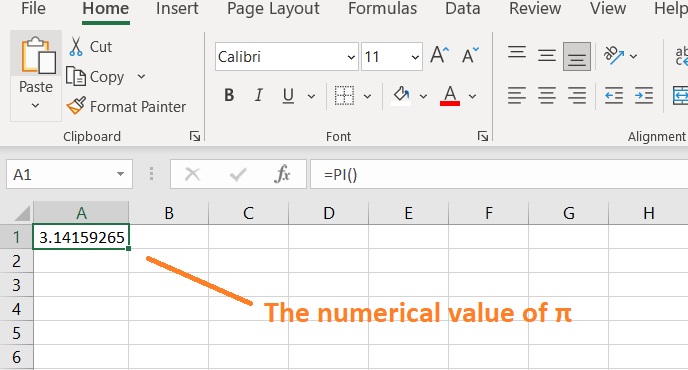 But enough about pi.

Let’s talk about another mathematical constant which is e or Euler’s number.

This is great as we can use Excel to perform calculations that involve such a very useful mathematical constant.

It’s also an irrational number which is why we cannot show it as a simple fraction.

A complicated number, but it is often used in many mathematical and scientific calculations.

It’s especially useful in the areas of finance and statistics.

That’s why it’s very helpful that we can use Excel to perform calculations that use Euler’s number.

In this article, we will be learning how we can use e or Euler’s number in Microsoft Excel.

We will also learn what e or Euler’s number is and its significance in mathematics and mathematical equations.

By the end of the article, we should have a better grasp of what Euler’s number is and how to use it in Excel.

What is e (Euler’s Number)?

e or Euler’s number is a mathematical constant that has an approximate numerical value of 2.7182(…).

It’s an irrational number, which means that it can’t be written as a simple decimal or fraction.

It is the result of the following equation (which is an infinite series):

It is particularly useful in equations that involve compound or continuous growth.

An example of this would be compounding interests.

Another example would be the calculation of the ever growing human population.

Any logarithm that uses e as its base is considered a Natural logarithm.

It is especially useful in the areas of finance and statistics where there are a lot of factors that have a compounding or continuous growth.

Most mathematical equations that use e also use a combination of a rate of growth or decay and a time period (e.g. 1 year, 5 hours, etc.).

Oftentimes, these other variables are used as exponents of e.

Using e in Excel (with the EXP function)

Seeing how e is very useful, it’s no wonder why there is an Excel function for it.

We can use e in excel by using the EXP function.

With it, we no longer have to memorize the numerical value of e as well as input it every time we need to use it.

The syntax for the EXP function is as follows:

Where n is a numerical value.

The EXP function also sets n as the exponent of e.

If we were to set n as 0, then it would result in 1 (which is always the result if you set the exponent of any number to 0). 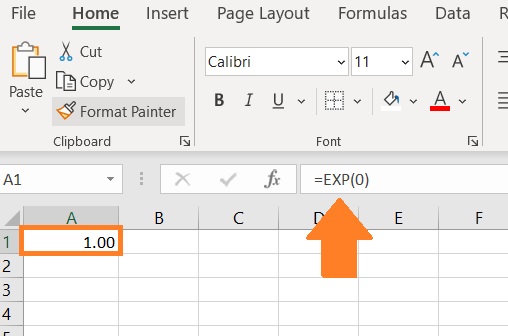 If we were to set n as 1, it should give us the numerical value of e. 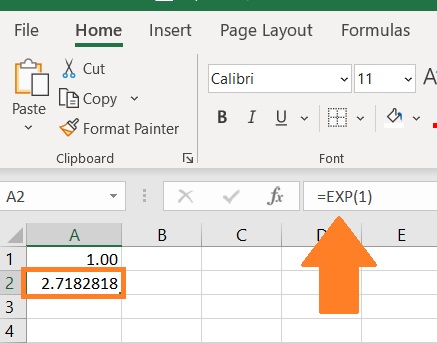 Remember that n is an exponent of e.

It’s not a multiple of e. 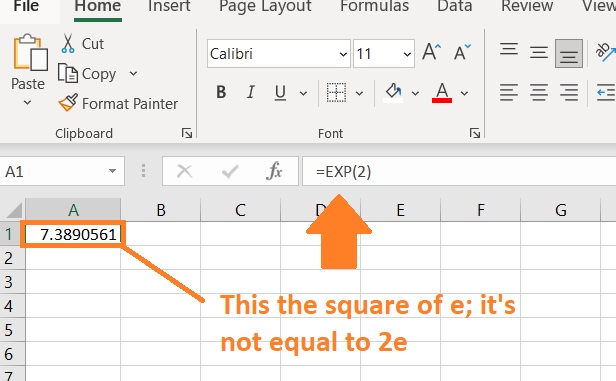 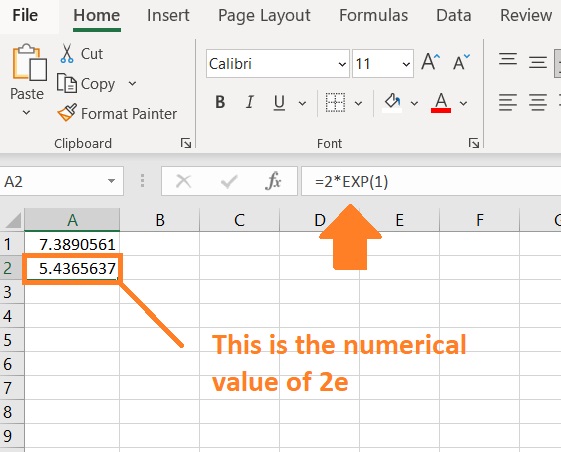 We can also the EXP functions for complex calculations.

It is expected to grow annually at a rate of 2.5% for the next 5 years. Using e, we can approximate what the city’s population will be after five years.

To do so, we will need to use the following formula:

A = The approximate population after a set time

r = the rate of growth

t = the amount of time

And if we replace the variable with our data above, the formula should look like this: 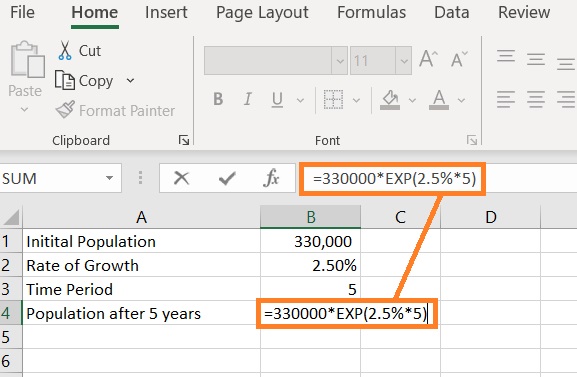 Using the EXP function, we find out that the approximate population of the city after 5 years is 373,939. 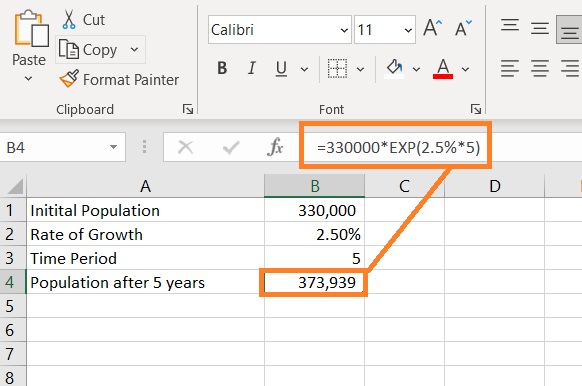 Step-by-step Guide on How to use the EXP function

Here’s an easy-to-follow guide on how to use the EXP function in Excel: 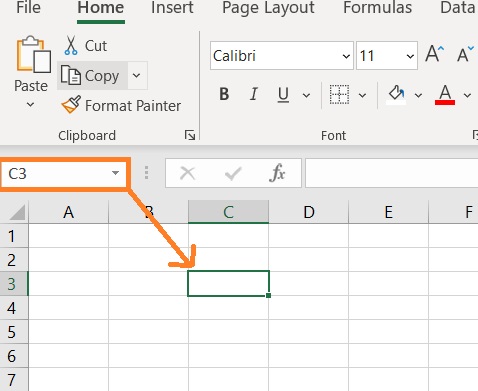 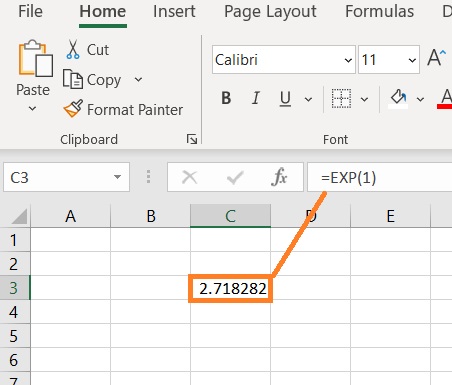 Reminders on using the EXP function

To use the EXP function properly, you have to keep the following in mind:

And that’s the end of the article.

I hope that the illustrations and steps above taught you how to use e in Excel.