Deficit vs. DebtDifferences You Need to Know Between the Two!

A country’s debt is the total amount of money it already owes.

Whereas, if a country has a deficit, it means the government has spent more than it has received as income or revenue.

The terms debt and deficit are quite common in macro-finance.

They are also common in political discussions and have an effect on a number of policy decisions.

Unfortunately, these terms are also easily confused, but they have different meanings, which are important to know.

A country’s debt consists of money that it has borrowed and needs to repay.

The money typically needs to be paid by a certain date.

The date is generally a specific date, which depends on where the money is coming from.

There are also a number of other securities issued by the U.S. federal government.

Some economists believe that the money in circulation in the United States should be included in the country’s debt as well, due to the fact that the money is not backed by a commodity but only by the government itself.

Whether or not the country takes its issued currency into account, the United States’ ability to pay its debt has both advantages and disadvantages.

The fact that the U.S. government’s ability to pay is considered near-certain is good in that it makes it easy for the government to attract investors.

But, this also can encourage the government to issue debt, which some might consider a disadvantage.

It is sometimes considered even more of a problem when the government lends money to the Federal Reserve and foreign governments in addition to private investors.

A deficit is the opposite of a surplus.

If a country’s expenditures are subtracted from its revenue, there will likely be either a surplus or deficit.

If this were done for a private company, the result would be called a profit or loss.

However, the government is quite different than a private company and has different responsibilities.

It might actually seem like it would be easy for a country to obtain more revenue simply by raising taxes, but it’s not that easy. Overtaxing would soon cause the citizens of the country to protest.

The items the United States spends the most on are entitlements, such as Social Security, Medicaid, and Medicare.

After this, spending is highest for the military and national security. 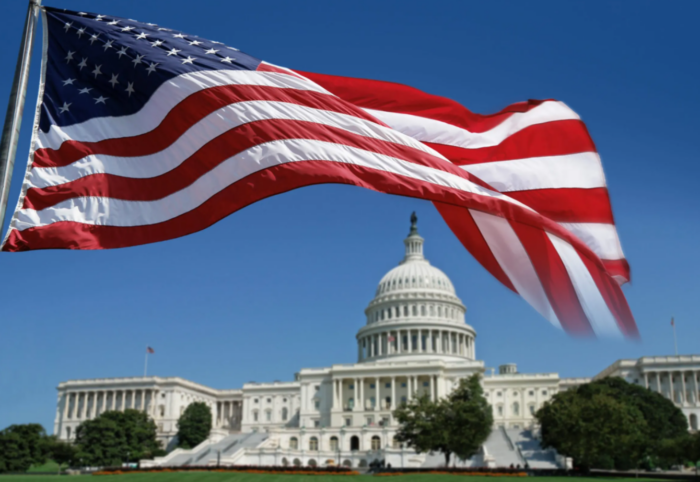 There is a difference between a country’s deficit and debt.

A government goes into debt when they borrow money, often through issuing bonds.

They then owe the money to the bondholders, who are their creditors.

This money may be spent on national security, infrastructure, or other needs.

A country has a deficit if it spends more money than it takes in from taxes, fines, fees, or other sources of income.

This is what the national deficit is.

The deficit and debt are frequently related.

When governments do not have enough income to cover their spending, they might need to borrow money to meet their obligations.

This includes payments and interest on prior debts.

One other option for obtaining money is to raise taxes, but taxpayers often object to this.

So, politicians are frequently reluctant to raise taxes instead of borrowing.

However, if budget deficits continually increase, debt will typically increase as well due to borrowing.

If the debt becomes too large, it can cause the economy to become unstable and potentially cause a recession.

The country’s currency could even be devalued if people no longer trust the government to be able to meet its financial obligations or adequately deal with the country’s finances.

What is the National Debt?

The national debt is made up of the deficits that have accumulated over the years.

This debt is owed to people who have invested in the treasury.

These investors could be U.S. residents, foreign governments, or international investors.

Who Pays the National Debt?

The money the government uses to make payments on the national debt is mainly obtained from taxes.

Therefore, the residents of a country are the ones paying for the national debt.