What is a Capital Asset & What Are They Used for?

A capital asset is essentially any substantial property like cars, houses, investment properties, bonds, stocks, and collectibles such as art.

For a business, a capital asset is any asset that has a useful life that spans longer than a single year and is not purchased with an intent for sale within the normal course of the operations of the business.

It is because of this nature of a capital asset that makes it classify as a kind of production cost.

An example to further illustrate what a capital asset is, is when a company purchases a computer for the purpose of having that computer be a part of its office; the computer is then considered as a capital asset.

On the other hand, say that a different company had bought that very same computer but this time, it was bought with the intention to sell it; in this case, the computer is now considered as an inventory and not as a capital asset.

Businesses and their Capital Assets

Business owners or entrepreneurs essentially acquire capital assets to boost and contribute to the revenue being generated by the company.

In addition, it is likewise anticipated that the advantages and benefits gained from the acquisition of the capital asset can be utilized for over a year.

In a company’s balance sheet, the property plant and equipment (PPE or PP&E) figures represent the company’s capital assets.

An example of PPE are the land, machinery, vehicles or buildings a company owns.

These capital assets can help generate funds when the company is undergoing a restructuring or has declared bankruptcy when worse comes to worst by being sold and liquidated.

In other scenarios, a company’s capital assets can be discarded when a business has increased the scale it has once operated in thus needing a bigger or more heavy duty equipment.

An example to illustrate this is when a company may put its property on sale for the purpose of purchasing a larger property located in a busier or more ideal district.

There are several ways a business can dispose of the capital assets it has acquired.

There are scenarios wherein condemnation would count towards the disposition of capital assets.

Generally speaking, when a business possesses the asset for a period longer than a single year, there are two outcomes that would arise: either it is recorded as a loss on the company’s sales or it ends up incurring a capital gain.

There are cases when the Internal Revenue Service (IRS) would consider a capital gain as a business’ usual income.

The likelihood exists for capital assets to become either obsolete or damaged.

In cases when a capital asset has been marred, broken, faulty or defective, its fair market value is decreased.

When a capital asset has a decrease in its fair market value, adjustments will have to be made on its book value in the company’s balance sheet.

When this adjustment is recorded, it will be recognized as a loss on the company’s income statement.

On the other hand, if the amount that is recoverable is more than the carrying amount then no expense for impairment will need to be recognized.

Individuals and their Capital Assets

In the case of individuals who are not business entities, any asset of notable importance which is owned by the individual themselves is considered as a capital asset.

If the individual owns a piece of art, a stock, an investment property or any other capital asset and decides to sell it, whatever cash is earned from that sale is recognized as a capital gain.

When it comes to individuals, capital assets are not just tangible or intangible properties bought for the sake of being able to generate income through its sale or utilization; capital assets for individuals also include their primary home even if they have no plans of selling it yet.

The Internal Revenue Service extends a $500,000 tax exclusion to a couple’s joint filing.

Individuals who file under a single status receive a $250,000 tax exclusion from the Internal Revenue Service for any capital gain that was generated from the sale of the individual’s primary residence.

It should be noted that it is not possible for an individual to file a claim of loss from any sale that has transpired to dispose of their primary residence.

An example to better illustrate this is when an individual buys and now holds stock worth $100,000.

On the other hand, if that individual has bought a home or a residential property that is worth $100,000 then decides to put it up for sale for $200,000 several years later then that individual is not required to report that capital gain as it falls within the Internal Revenue Service’s $250,000 tax exemption.

Even though both a home and a stock are considered as a capital asset, the Internal Revenue Service treats these assets in a different way for taxation purposes.

The process of recording Capital Assets 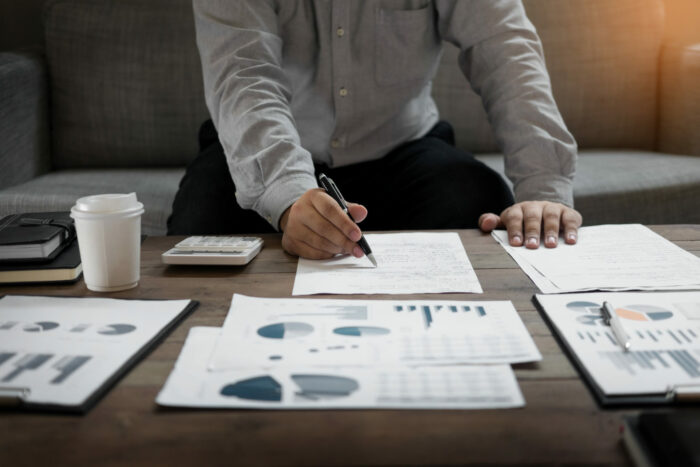 Capital assets have their value derived from more than just the expense incurred when buying the asset itself; capital asset costs are inclusive of whatever insurance, installation, and transportation fees have been sustained in relation to the purchase of the capital asset.

An example to demonstrate this is when a business buys a piece of machinery with a value of $500,000 and along with that purchase, the business also had to pay for the cost of its transportation worth $10,000 and its subsequent installation fees which were valued at $7,500.

The capital asset value of the machinery bought will not be recognized as $500,000. Instead, the machine has a recorded worth of $517,500.

When a company pushes through with its decision to acquire a capital asset, the purchase will be recognized as a capital expense by the Internal Revenue Service.

For the most part, a business is permitted to deduct the expenses it has incurred in a single taxation year from the revenue generated during that same time so that the difference of which can be reported as the income of the business where tax will be levied on.

Be that as it may, much of the capital assets a business has acquired cannot be claimed within the year it has been purchased; rather, a capital asset has to be capitalized as an asset while being written off to have it expensed by increments over a set number of years.

Instead, with the use of the method of depreciation, a business will register a portion of the capital asset’s value as an expense over each year of the span of its useful life.

The objective behind why an asset’s depreciation is recorded on the books rather than its full upfront cost is to allow the cost of the asset to align with the revenue it has generated within the same year in compliance with the matching principle of the generally accepted accounting principles (GAAP) of the United States.

What this means is that for every year the machinery or equipment is made use of, the price of putting those assets into use is also recorded.

In actuality, as a capital asset ages it loses its monetary value.

A company can choose the rate to depreciate its capital assets however scenarios like this may result in a capital asset’s book value differing from the present market value of those very assets.