Amortization of IntangiblesDefined along with Methods Used in Accounting

Not all assets have a physical form.

But even if they don’t have a physical form, they still have value, hence why we still consider them as assets.

We refer to these assets that don’t have a physical form as intangible assets or intangibles.

So what are intangibles?

We already established that they’re assets that don’t have physical forms.

But what qualities do they have that make them assets?

I think it’ll be easier to explain if I give you an example of an intangible.

Are you familiar with franchises?

If not, well, surely you’re familiar with McDonald’s right?

McDonald’s stores all over the world are owned by different people and corporations.

This is made possible with the help of franchises.

A franchise allows an individual or corporation to sell another business’s products or services.

In most cases, it also allows the use of a business’s brand.

A franchise is an intangible asset.

Sure, there’s the franchise contract or agreement, which is tangible.

But the actual franchise itself, the right to use another business’s brand, does not have a physical form.

The reason why intangibles are assets is that they allow a business to profit from them.

Or if not, they facilitate the profit generation of the business – just like any other asset.

And just like any other assets that have long lives, intangibles have their expiration dates too  (some of them anyway). 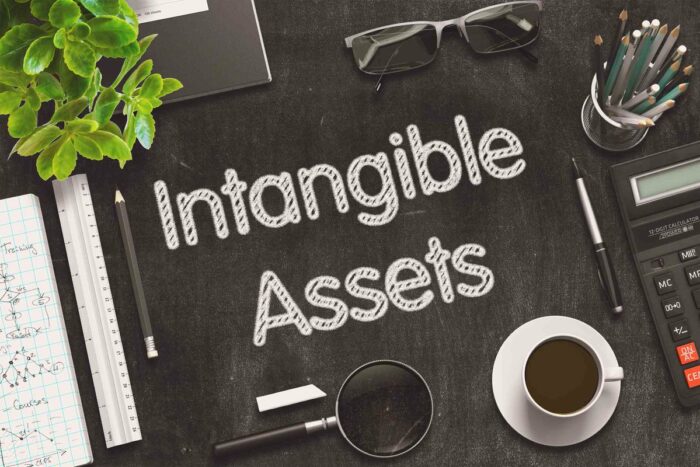 Physical assets wear down and lose their value over time through use and/or wear and tear.

We record this decline in value via depreciation.

Amortization is like that in that it records the decline in the value of an intangible asset.

While intangibles don’t lose value through wear and tear, they gradually lose their value in other ways such as contract expiration, obsolescence, etc.

For example, copyright has a life of 50 or 70 years (depending on the country) after the author’s death.

When the copyright expires, the work enters the public domain, which means that anyone can readily use it without needing the permission of the copyright owner.

The way amortization works is that we expense the cost of an intangible asset over its estimated useful life.

Unlike depreciation, we do not have to maintain an accumulated amortization account.

Instead, amortization expense directly reduces the book value of the intangible asset:

The cost less residual value of an intangible asset with a finite useful life should be amortized on a systematic basis over that life:

With this, we can gather that there are two recognized amortization methods:

These methods only apply to financial accounting though. For tax purposes, the IRS only allows the following amortization methods:

Whether for financial accounting or tax purposes, the straight-line method is the same.

Amortization is simple when using the straight-line method.

You only need to divide the cost of the intangible asset over its estimated useful life.

That said, it’s rare for an intangible asset to have a residual value as most intangibles are considered worthless once they fully serve their useful life.

Here’s the computation in formula form:

Even though it expires in 20 years, you estimate that you can only get 10 years of protection from this patent due to certain factors. Using the straight-line method, what do you think your annual amortization would be?

Before we can solve for your annual amortization, we need to determine which is the patent’s estimated useful life.

We gather that you estimate 10 years of protection even though the patent has a legal life of 20 years.

Which do you think should you use for the computation of amortization? If you answered 10 years, that would be correct.

The reason is that even if the patent is still legally effective for 20 years, you no longer benefit from it after 10 years.

Whenever in doubt, we use the shorter term.

Now that we have our variables, let’s compute for your annual amortization:

As per computation, your annual amortization expense for the patent is $120. The journal entry should look like this:

Under revenue-based amortization, the amortization of an intangible asset must be based on its contribution to a business’s revenue.

If you can plot the patter of benefits, then amortization will be based on it.

The problem with this method though is that it’s hard to quantify the contribution of a intangible asset to a business’s revenue.

Even the IAS recommends the simplistic straight-line method of amortization as the default method.

That said, there are still circumstances where revenue-based amortization can be reliably done.

IAS 38 states that revenue-based amortization can be viable if the following circumstances exist:

The IRS allows the use of the income forecast method for specific income-earning properties such as interests in the following assets:

Under the income forecast method, the taxpayer can recover the depreciable basis in property over the anticipated income s/he will earn from the property.

Once the taxpayer elects this amortization method, s/he cannot be change it without the express content of the Commissioner. 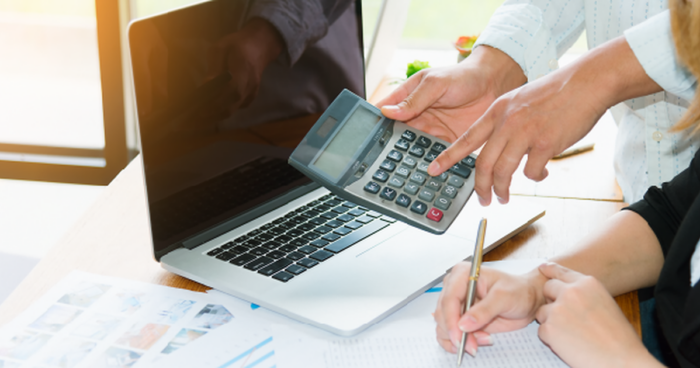 For items 9 to 11, the IRS allows you to amortize them without any other conditions.

However, for items 1 to 8, you can only amortize them if you acquired them as a substantial part of buying the assets of a business.

For tax purposes, you must amortize the above intangibles over 15 years beginning with the month in which you acquire them.

You must use the straight-line method.

This applies even if the intangible has an indefinite life.

If an asset has an estimated useful life, it will gradually lose its value.

For tangible assets such as machinery and equipment, we use depreciation to represent this gradual decline in value.

For intangible assets such as patents and licenses, we use amortization instead.

Most intangible assets don’t have a salvage value.

This is because intangible assets are usually worthless once they they fully serve their useful lives.

As such, most amortization computations only involve the cost of the intangible asset and its useful life.

In contrast, most tangible assets have a salvage value. This is why most depreciation computations include the cost of the asset, its salvage value, and its useful life.

Lastly, you need to maintain an accumulated depreciation account for every depreciable asset.

This is so you can keep track of an asset’s accumulated depreciation.

When recording amortization, you can credit the intangible asset account directly instead of crediting accumulated amortization.