A T-account is a graphic representation of one of the General Ledger accounts.

T-accounts show the effect of journal entries on the accounts that are involved in the transaction.

The T-account is shaped like the letter T, and the account name goes on the line forming the top of the T.

Below, there are some examples of T-accounts, which will show how they are used.

These examples will include some of the most used T-accounts.

T-accounts are a way to visually show the journal entries that are entered in a business’s general ledger.

A T-account gets its name from the fact that it looks like the letter T.

Unfortunately, these examples won’t show all of the different possible T-accounts because there are just too many. 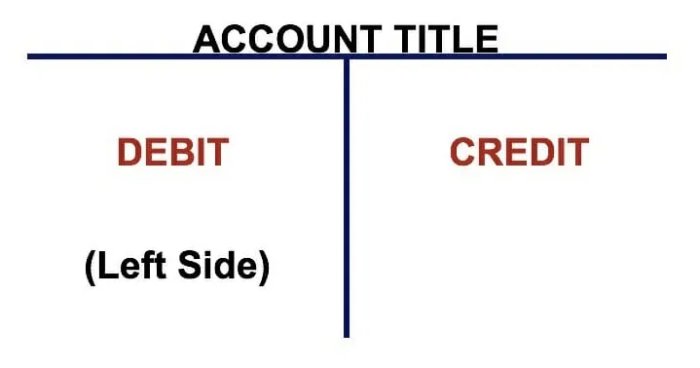 Ms. Wilson is renting space in a strip mall for her bakery business from Mr. Jones. Ms. Wilson received an invoice on October 31st for $4,000 for October’s rent.

The first transaction to record would be the initial invoice for $4,000.

This records the expense as well as the liability to pay the expense.

Once the rent is paid, accounts payable will be debited for $4,000, which will eliminate the liability, and cash will be credited for $4,000.

The credit to cash will lower the balance in the cash account.

Review the transactions and then record them.

These are the transactions for the month of February.

Then, prepare the T-accounts. 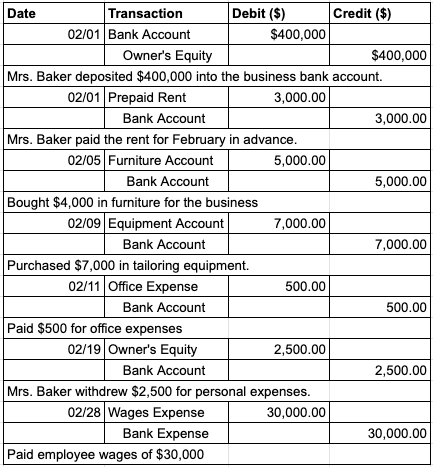 T-accounts are an account structure that shows the effect of journals entries on accounts.

These accounts are shaped like a T and are used in double-entry bookkeeping.

They show the debits on the left and the credits on the right.

T-accounts are not used on a regular basis due to the use of accounting software.

However, T-accounts are useful for understanding the effects of difficult transactions so as to avoid making any mistakes.