Stagflation is a combination of the terms stagnation and inflation and refers to a situation in which unemployment (economic stagnation) occurs simultaneously with a period of rising costs (inflation).

Stagflation may also be used to refer to a situation in which the gross domestic product (GDP) declines simultaneously with rising inflation.

Stagflation is a term that originated in 1965 when a leading politician in the United Kingdom, Iain Norman Macleod, coined it in a speech in the House of Commons.

The same politician used the term again in 1970, and the term began to catch on with the media.

The term would again be used in the 1970s in response to the oil crisis, which led the U.S. to undergo a significant recession in which the economy saw five quarters of decline in the national GDP coupled with a doubling of inflation in 1973 and greater than 12% in 1974.

This new concept of stagflation led to the creation of the misery index, which is a relatively simple tool that uses the sum of the inflation rate and the unemployment rate to show how badly stagflation affects people when it affects the economy.

The History of Stagflation

For a long time, economic theories that dominated the political and academic scene believed that stagflation was impossible.

Among these, the Philips Curve, which was a construction based on Keynesian theories of economics, rejected the concept.

This model of economics represented macroeconomic policy as possessing an inverse relationship between unemployment and inflation.

In the wake of the Great Depression, most economists became focused on the dangers of deflation, and this led to a belief that this economic issue was inextricably linked to unemployment.

The sudden introduction of stagflation across the world, particularly in the 1970s, demonstrated that this is not the case.

This also is often used as a prime example of how economic data can break accepted theories and result in severe skepticism toward Keynesian theories.

In the fifty years since this time, inflation has continued to rise regardless of the economy’s growth, in contrast to these historical theories.

The only exception to this was during a certain period of the Great Recession of 2008.

During part of this period, energy prices declined; despite this, other consumer prices rose during the same timeframe. 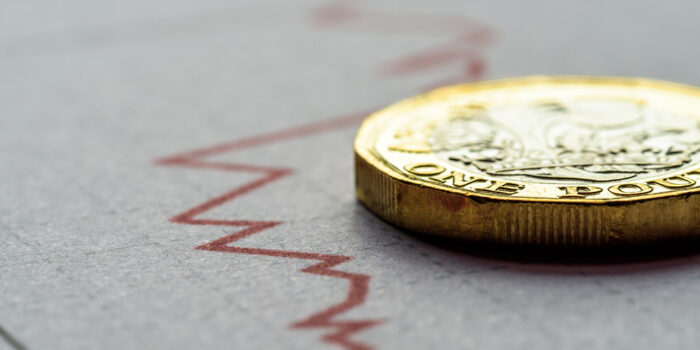 Stagflation resulted in the rejection of many accepted economic theories, and as a result, many economists have struggled to explain its causes.

This has resulted in several explanations for its causes, including multiple attempts to adjust previously existing theories to explain it.

An often-cited theory, particularly in terms of the stagflation of the 1970s, states that a sudden increase in oil prices will reduce the productive capability of an economy, causing stagflation.

This will cause transportation costs to rise, and as a result, the cost of producing and shipping goods will, in turn, rise even as an economy stagnates.

This type of situation appeared in the 1970s when the Organization of Petroleum Exporting Companies (OPEC) began an embargo on several Western countries.

This did cause a sudden shock to these economies.

However, this theory has its critics.

This is because though it could explain at least some of the situation in the 1970s, sudden shocks to oil prices have not occurred in the several recessions and increases in inflation since this time.

Another theory for stagflation points to poorly planned government policies.

Strong regulations controlling the goods, labor, and markets within an inflationary economy are often pointed to as a possible culprit.

In the example of the 1970s, many look to the actions of President Nixon in this era which may have caused the recession within the period, which in turn could usher in a time of stagflation.

President Nixon placed tariffs on imported goods and placed a freeze on prices and wages in an attempt to protect the economy from a sudden rise in inflation.

This theory is fairly convincing and easy to understand; however, similarly to the rising oil price theory, it only explains the occurrence of stagflation in the 1970s.

It fails to explain why inflation and unemployment have continued to occur in every following recession up to the present day.

Many theorists have also looked at monetary factors as the possible culprit.

These theorists point to the final collapse of the gold standard as well as the Breton Woods system in the 1970s as a possible cause of the period’s stagflation.

This removal of commodity backing by both the U.S. dollar and the vast majority of foreign currencies meant that this currency operated as fiat money.

This removed most constraints upon the expansion and devaluation of these currencies.

Proponents of this theory point to the long historical record preceding this point with commodity-backed currencies during which extended periods of deflation were accompanied by simultaneous unemployment.

Under this theory, one would expect to see an unbacked fiat currency such as existed in the 1970s result in continuing growth in inflation despite a period of economic stagnation, which has in fact been the case to this day.

However, there are economists that criticize this theory’s reliance upon the theory that a constant relationship exists between the two primary components of stagflation solely on the basis of consumers’ and producers’ expectations concerning the rate of inflation.

As this occurs, there is a rise in prices without the unemployment rate going down.

Unemployment rates can continue to go up and down in reaction to what is actually occurring in the economy.

If these theories are correct, trying to stimulate the economy when a recession occurs may cause price increases without doing much to actually increase economic growth.

The author thought that if cities did a better job of balancing imports with production, stagflation could be avoided. 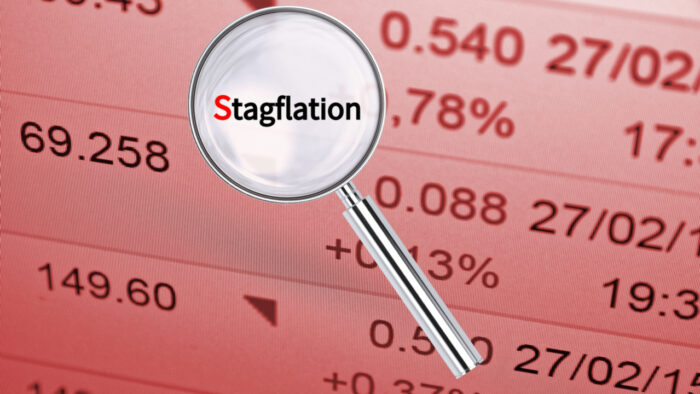 The most common view among policymakers and economists today on inflation is that inflation has changed and has a different meaning in today’s world of financial systems and modern currency.

Rising prices that occur while people’s ability to purchase goods is falling has become normal.

This happens whether the economy is expanding or contracting.

Today economists and policymakers expect prices to rise and instead concentrate on controlling the rate of inflation and deflation.

Stagflation may have been a shock in the 1970s, but today a stagnating economy along with rising prices seems normal in times of economic declines.

What Is the Cause of Stagflation?

Stagflation is a period in which slow economic growth and a high degree of unemployment, often described together as economic stagnation, are simultaneously coupled with rising prices, more often described as inflation.

This most often occurs when governments choose to increase the money supply at the same time as which supply is being constrained.

Why Is Stagflation a Bad Thing?

Stagflation is a time in which economic growth slows, and as a result, people have less money to spend.

Ordinarily, such a situation would be expected to result in stable or decreasing prices.

However, in times of stagflation, these prices actually increase, which further reduces the value of the money which consumers do have.

This is why stagflation is a bad thing and is also the reason behind the Misery Index.

There is not only less money to spend, but it is losing value as well.

How Can Stagflation Be Stopped?

This is a hotly debated topic among economists, and there is no definitive consensus.

Many do feel that the two components of stagflation which are inflation and economic stagnation, have to be approached separately.

First, this requires an increase in overall productivity in an economy which is followed by policies designed to drive down inflation.

However, this is highly difficult to perform, and most economists agree that it is better to focus on preventing stagflation in the first place.

There are several situations that can cause stagflation, and here are a few examples:

An example of stagflation is if a country suffers a supply shock, such as a shortage of rubber for tires.

This will cause a rise in prices simultaneously with a rise in unemployment.

This scenario occurred in the U.K. during the 2021 supply shock.

A powerful labor union will often be capable of negotiating for higher wages for workers, and it is well known that higher wages can be a leading cause of inflation.

It is possible that these unions can result in increasing inflation even during periods of economic stagnation.

A decline in existing industries within an economy can lead to structural unemployment in which output drops.

This can occur even during times of inflation, thus resulting in stagflation.

Perhaps the most common example of stagflation is when a government chooses to raise taxes and print more money at the same time.

If the government prints more money, this leads to a devaluing of the currency and an increase in prices, and at the same time, the rise in taxes will constrain the economy, leading to slower economic growth.

In other words, this results in stagflation.