In a corporate setting, there’s not just one owner but rather a whole lot of owners referred to as the corporation’s shareholders.

The amount and number of shares owned by the shareholders is only a component of a corporation’s equity (referred to as shareholder’s equity) however.

There are other components, such as additional paid-in capital, retained earnings, etc.

Below is an excerpt of The Coca-Cola Company and Subsidiaries consolidation balance sheet showing its shareholders’ equity portion for reference:

In this article, we will be tackling the components of a corporation’s shareholders’ equity one by one.

What is shareholders’ equity?

Corporate balance sheets are usually presented in a way where the top half part shows the assets of a corporation, while the bottom half part shows its liabilities and shareholders’ equity.

This kind of presentation is based on the accounting equation (Assets = Liabilities + Equity) where a business’s total assets must be equal to the sum of its liabilities and equity.

From this, we derive that Equity = Assets – Liabilities, or in a corporate setting:

From this formula, we can infer that shareholder’s equity refers to a corporation’s net assets available for its shareholders after settling all liabilities.

Should the corporation be liquidated, it is the amount of assets (usually cash) that the shareholders will receive.

We can also infer that shareholders’ equity is a portion of a corporation’s assets that it can say that it actually owns.

For example, if a company has $100 million in assets where $40 million of it is funded by debt, then we can say that the remaining $60 million is the portion of assets that the company really owns.

Should the company liquidate, its shareholders would receive $60 million rather than the $100million total assets. 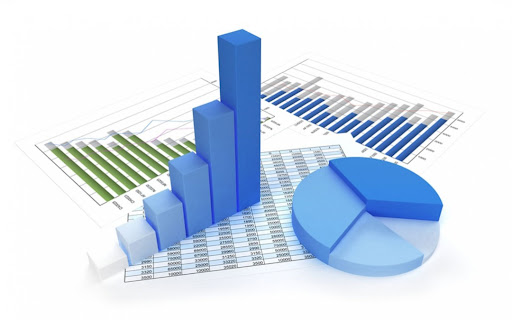 What is a shareholder?

A shareholder is an individual who owns shares of stock that a corporation issued.

A natural person or legal entity (e.g. LLC, another corporation) can be a shareholder.

Essentially, a shareholder is a part-owner of a corporation.

So if you own shares of stocks of a certain corporation, then you can say that you are one of its owners (even if you only own one share of its stocks), and can claim ownership of a portion of its assets and earnings.

A share of stock represents a shareholder’s ownership interest in the corporation.

For example, if you own 500 shares of a company’s 10,000 issued and outstanding shares, then you can say that you have 5% ownership of that company.

While the two terms (referring to “stock” and “share”) are often interchangeable, it should be noted that there’s a distinction between the two.

The difference between the two is that “stock” refers to ownership in a corporation, while “share” refers to an individual unit of this ownership.

When you say “I own stocks in McDonald’s”, then you’re saying that you have ownership in McDonald’s but do not specify how much.

When you say “I own 500 shares of McDonald’s”, then you’re saying the exact amount of ownership in McDonald’s.

Share capital refers to the amount that a corporation’s shareholders have invested.

It is usually composed of the corporation’s shares (common share and/or preferred share), additional paid-in capital, and treasury shares and sometimes can include donated capital.

Note that the amount of share capital accounted for by a corporation only includes the transactions made by the corporation itself.

A share sold by a shareholder to another individual does not affect the amount of share capital reported by a corporation.

For example, if I bought a share of stock in a company for $50 and then I later sold it to you for $55, the corporation would only consider the $50 that it received from the share of stock that itself sold.

It is issued to shareholders as proof of their ownership in the corporation.

Holders of common shares are able to elect the board of directors of the corporations and vote on significant corporate policies and decisions such as when purchasing a high-value asset or amending the corporate by-laws.

While common shares typically enjoy the most rights compared to other types of equity instruments, they are at the bottom of the priority ladder, meaning that if ever the corporation liquidates, holders of common shares will be the last ones to get paid.

Creditors and bondholders get paid first, next is the preferred shareholders, and finally the common shareholders. 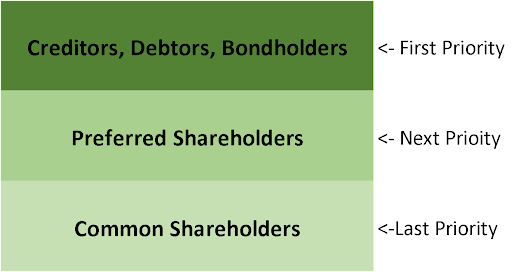 Corporations are allowed to issue several classes of stocks (with proper authorization of course), but they should always have common shares.

In other words, corporations that issue shares of stocks are required to have common shares.

Much like common shares, preferred shares are issued to shareholders as proof of their ownership in the corporation.

Preferred shares, however, receive preferential treatment when it comes to dividend payments, meaning that preferred shareholders are paid dividends first before their brethren common shareholders.

The downside to preferred shares is that they typically don’t carry voting powers.

In that sense, preferred shares are like a hybrid between common shares and bonds in that they represent a portion of ownership in the corporation (just like common shares) but cannot participate in voting for company decisions (just like bonds).

Preferred shares usually have fixed dividend rates, which can be attractive to investors that are seeking a safe and stable source of passive income.

Corporations are not required to issue them.

Most of the time, the amount you pay for buying a share is not equal to that share’s par value.

It is usually more.

So what happens to the excess amount that you paid for the share that you bought?

Is it recorded as income?

Does it go directly to the pockets of the current shareholders?

Or does it increase the par value of the share?

Well, none of that actually.

Instead, it goes to a corporation’s additional paid-in capital.

Also referred to as “capital surplus” or “contributed capital in excess of par”, additional paid-in capital (APIC) refers to the amount invested by shareholders above the par value of its shares.

For example, if you paid $25 for a share that has a par value of $5, then the excess of $20 will be recorded by the corporation as additional paid-in capital.

Let’s say you subscribed and paid 10,000 of these shares.

The corporation will record this transaction in its journal as:

APIC can also be viewed by a corporation as an opportunity for profit since the excess cash came from issuing shares that it already intends to issue and nothing more.

It is a way of generating more cash without having to give up any more resources other than its to be issued shares.

A corporation can sometimes receive an asset without having to give up anything in return.

No incurring of a liability.

No payment of cash.

No exchange of assets.

In such a case, the corporation can consider the asset as a gift or a donation.

But how does the corporation account for it in its books?

When a corporation receives a donated asset (be it cash or non-cash), it has to be recorded in the corporation’s books at the fair market value of the asset.

The corresponding credit entry will then be donated capital equal to the amount of the donated asset recorded.

For example, a corporation received $100,000 cash from an anonymous donor.

It will then be recorded in the corporation’s books as:

Unlike common and preferred shares, corporations are not obligated to issue dividends for donated capital.

They are also not obligated to pay for donated capital in the event of liquidation.

Corporations sometimes buyback or reacquire their issued shares (be it common or preferred).

These reacquired stocks are referred to as treasury stocks or treasury shares.

Reacquiring issued shares results in a reduction of outstanding shares available on the open market.

Treasury stocks are not eligible for dividends.

They are also not included in the computation of earnings per share.

This means that when computing for total share capital or shareholder’s equity, the treasury stocks account is treated as a deduction rather than an addition.

There can be various reasons as to why corporations reacquire their issued shares, some of which are for reselling them at a higher price in the future, to retire them, to improve financial ratios, etc.

Under the par value method, treasury stocks are recorded at par value, and the excess payment is recorded as a reduction in the corporation’s additional paid-in capital.

Under the cost method, this transaction will be recorded as:

And under the par value method, it will be recorded as:

The retained earnings account refers to the accumulated net income retained by the corporation over its years of existence.

For example, if a corporation generated $100,000 net income in a certain period and distributed $20,000 as dividends, then the remaining $80,000 will be retained by the corporation and will be recorded as retained earnings.

A newly formed corporation won’t have retained earnings yet.

Retained earnings can be used by the corporation for various purposes.

The corporation can use retained earnings to acquire assets, pay for loans, expand its business, etc.

A corporation can even restrict a portion of its earnings for such purposes.

A corporation can also have negative retained earnings, referred to as retained losses or retained deficit.

Some income and expense items are not reported in a corporation’s income statement as they are yet to be realized.

Other comprehensive income refers to income/expense items that are yet to be realized.

Examples of it are:

Can shareholders’ equity be negative?

The short answer is yes, a corporation’s shareholders’ equity can be negative.

This can be caused by several factors. Let’s go back to the shareholders’ equity formula:

From the above formula, we can infer that if total assets are less than total liabilities, then shareholders’ equity will always be negative.

This can be due to the corporation taking in more debt than it can handle, accumulating lots of losses over the years, reacquiring issued shares at excessive rates, etc.

In general, a negative shareholders equity is bad for a corporation.

Investors and creditors will see the corporation as a risky investment.

It could mean that the corporation cannot pay for all of its liabilities with its assets.

For this reason, investors and creditors will usually shy away from corporations that have negative shareholders’ equity.

However, there are some exceptions. 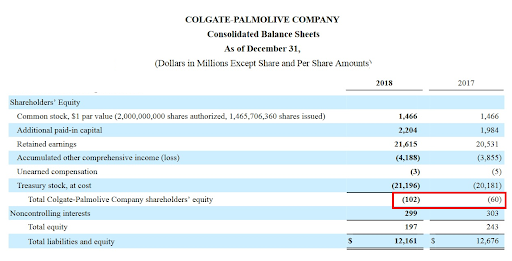 So it cannot be said that they’re suffering from losses.

So what caused the negative shareholders’ equity?

If we take another look, it was actually caused by the treasury stock (which was recorded at cost).