PEG RatioDefined along with Formula & How to Calculate

The price/earnings-to-growth ratio, or as it is better known, the PEG ratio, is a crucial metric for valuing a stock.

This metric helps investors to take a company’s market price, earnings, and future growth potential into account in valuing its stock.

This valuation ratio provides a significant tool for valuing a stock offering over most other metrics, which are primarily backward-looking and fail to account for the future growth prospects of a company.

Like all ratios, the PEG ratio has its advantages and disadvantages, which are important for investors to understand when using it to make investment decisions.

However, when properly incorporated into decision-making, it can provide a complete picture of a stock’s value.

Here we will take a closer look at this ratio, how it is calculated, and how it can best be used in decision-making for investments. 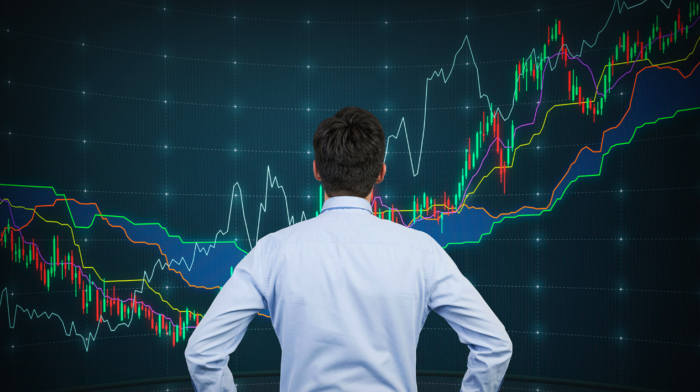 The PEG ratio takes the price-to-earnings (P/E) ratio for a company and divides it by the company’s earnings growth rate for a specific period of time, generally between one to three years.

This often improves upon the basic P/E ratio by including the potential growth rate of a company. The formula for the PEG ratio is:

In order to calculate the PEG value, the P/E ratio is first calculated and then divided by the earnings per share growth rate.

This starts by taking a stock’s price and then dividing it by its earnings per share (EPS) which provides the P/E ratio.

Next, this is divided by the expected EPS growth rate for a specific period of time, often between one to five years.

Though a longer estimated growth rate may provide an even further-looking estimate for value, the fact is that the further into the future a growth projection is, the less accurate they typically become.

Generally, investors can find the P/E ratio for a given company easily from many financial news sources.

The estimated growth rate can often be found in the same way but may be more difficult to acquire.

In many cases, they can be acquired from the company itself or from a brokerage.

How Accurate Is the PEG Ratio?

As with all valuation ratios, the PEG ratio is only as accurate as the data used in calculating it.

If an investor chooses to use the PEG ratio from a published source, then it is crucial to determine what growth rate was being used in the calculation.

Sources that use historical growth, often identified as a “trailing” PEG ratio, may be less accurate than one which uses an expected future growth rate.

In some cases, sources using future growth rates may identify them as “forward” PEG.

It is crucial to keep in mind what data is being used in calculating the PEG ratio, including how forward-looking it is which may also have a significant effect on its accuracy as well as its use in decision making, for example, a one-year expected growth rate versus five.

What Does the PEG Ratio Tell You?

The PEG ratio tells investors how expensive a stock is compared to its growth rate.

In general, the cheaper a company is in relation to its growth rate, the better.

This metric improves on the more simple P/E ratio by letting investors analyze stocks based on their estimated growth rates and compare stocks with similar P/E ratios.

Traditionally using the PEG ratio, a fairly valued stock will have a value of 1.0, and anything more than this would be overvalued.

Likewise, a stock with a PEG ratio of less than 1.0 would be undervalued.

However, as many companies in the tech sector have seen their P/E ratio stretched in recent years, it has become far less common to see stocks in this sector with a PEG ratio of less than 1.0.

This does not mean that this ratio is any less valuable, simply that the industry and all other factors must be taken into account when making decisions based on the PEG ratio.

Advantages & Disadvantages of the PEG Ratio

Advantages of the PEG Ratio

There are many advantages to using the PEG ratio, particularly when the alternative is solely using the P/E ratio.

The largest advantage is that the PEG ratio takes growth potential into account, which can make it easier for investors to use than the P/E ratio.

With the P/E ratio, investors need to look into the growth rates of the companies themselves.

When using the P/E ratio, some investors might decide to base the ratio on the company’s future earnings.

The PEG ratio can also look at future earnings.

So, it does consider the expected returns for stocks rather than past returns in many cases.

Disadvantages of the PEG Ratio

There are several disadvantages to consider when using the PEG ratio.

One issue with the PEG ratio is that although it does take into account a company’s growth over time, it does this for a relatively short period of generally 1-3 years.

Because of this, if a company has a high rate of growth for a year or two, it may cause the company to seem like a better option than it actually is.

Also, it’s important to consider that growth in earnings per share and free cash flow might not cause an increase in cash flow.

This might be the case if the growth in earnings was achieved through high capital expenditures.

Another disadvantage of the PEG ratio is that it does not consider other factors that may contribute to a company’s value.

One item that PEG does not take into account is the cash a company records on its balance sheet, and this could add to the company’s value if the amount is large.

There are also other factors that analysts tend to look at when evaluating stocks, such as the price-to-book ratio of the stock.

This ratio can be useful for determining whether or not a stock is actually undervalued or whether the growth estimates being used to compute the PEG ratio were inaccurate.

The formula for calculating the price-to-book ratio is Market Price Per Share/Book Value per Share.

Example of the PEG Ratio

If an investor is trying to decide between two stocks from companies that operate in the same industry, it might be helpful for them to consider the companies’ PEG ratios before making their decision.

As an example, consider the stocks of Company A and Company B.

Investors that only consider the price/earnings ratio would likely choose Company B because it would look like the better choice.

But, if an investor looked further, they would find that Company A has a projected three-year earnings growth rate of 13% per year.

In contrast, Company B has a projected three-year earnings growth rate of 18%.

Once an investor looks at the PEG ratio, they can consider growth.

In this example, they might decide Company B is the better choice due to the fact that it is trading at a discount as compared to its value.