Letter of IntentExplained & Defined with Examples and Alternatives

A letter of intent is a preliminary non-binding agreement that sets forward one party’s intent to engage in a business deal.

This letter establishes key terms of the prospective deal between the parties before extensive time or effort is spent negotiating a formal binding agreement. 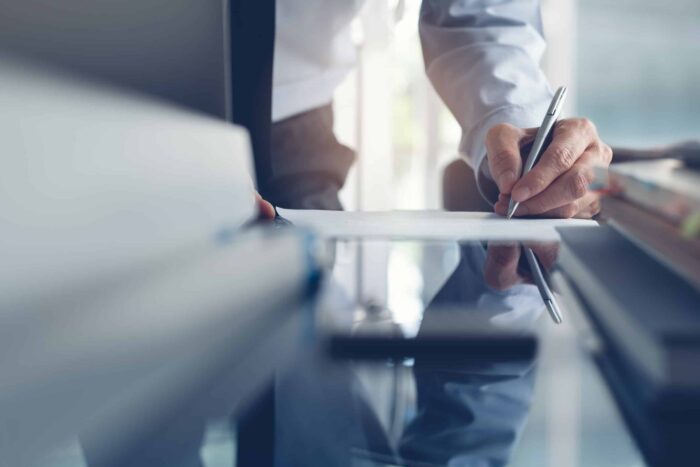 Letters of intent serve as an initial point between two or more parties to begin engaging in a business deal.

This letter essentially serves to state that one or more of the parties aims to engage in a formal transaction with a definitive, legally binding agreement.

The letter sets out the essential aspects of the deal and certain major provisions; however, these details will still need to be ironed out and formally agreed upon in a later agreement if it manifests.

Though some specific provisions of a letter of intent may be binding, due to the fact that they are almost always used to set out points of a business arrangement that has not been formalized, the overall letter is almost universally non-binding.

Some aspects of a letter of intent that may be binding are non-disclosure and non-solicitation agreements; however, it is crucial to specify what, if any, provisions are binding.

Non-disclosure and non-solicitation agreements can often be a critical aspect of a letter of intent when it is used to allow a party to begin performing due diligence prior to a final agreement.

This process typically entails giving outside party access to a company’s financial accounts, customer records, and other information. Without these binding provisions, this could lead to a considerable risk.

Often letters of intent may be used in an iterative manner to set out prospective terms for an agreement to which the other party will respond with their own letter with distinct terms.

This can help both parties to iron out some prospective details, so neither party comes to the bargaining table with any unreasonable expectations.

Though a letter of intent sets out key details of a prospective agreement, it is always best for both parties to keep such a document short and simple.

Some letters of intent have been found binding because they included such a level of detail that it gave them the appearance of a final agreement.

Common Uses for a Letter of Intent

A letter of intent can be used for many different purposes.

This can be to outline basic concepts that would be included in a final agreement before investing further resources or to announce that two or more parties intend to pursue a mutual undertaking such as a merger.

Generally, a letter of intent aims to achieve a few broad aims, including:

Potential Applications for a Letter of Intent

One of the most common applications for a letter of intent is in business mergers and acquisitions.

When a company chooses to undertake such an arrangement with another business, it may choose to outline details of its plans, such as whether it intends to purchase it through cash or a stock arrangement.

Though most associated with their use in business arrangements, a letter of intent can be used in many possible applications, such as in seeking employment with a company without the use of a particular job posting.

It is also used by student-athletes when announcing what college or university they have chosen to attend.

There are countless possible applications for these documents both in and out of the business world.

For many of the purposes for which a letter of intent can be used, there are other potential tools available that can potentially be used instead.

Another option in many cases is a memorandum of understanding. Like a letter of intent, this memorandum outlines the broad strokes of a deal between two parties before the final agreement is reached.

However, unlike a letter of intent, a memorandum of understanding is generally considered to be a binding agreement.

An indication of interest is another tool that is often used in conjunction with and serves a similar purpose to a letter of intent.

An indication of interest generally is a brief letter that simply expresses a buyer’s interest in purchasing a security that is currently in registration or another company.

Like a letter of interest, this is a non-binding agreement, but it generally expresses a sincere interest in buying and often includes some information such as a price range for the offer and information about how the buyer intends to raise funds.

Why Are Letters of Intent Important?

A letter of intent can provide numerous advantages to all parties in an arrangement, and foremost among these may be the protection it offers.

Even though a letter of intent is not legally binding, it can outline certain limiting clauses to a prospective deal.

For example, a letter of intent used to outline a potential deal to purchase a company may specify that the buyer will only proceed if they are permitted to perform due diligence.

Clauses such as this can help protect both parties from liability should the deal fall through.

Another important advantage to a letter of intent is the ability it offers companies to outline a prospective arrangement in a simple manner in order to determine the feasibility of an arrangement before committing significant resources to negotiate a formal deal.

A letter of intent also offers the advantage of providing an organization or individual a way to make their intentions known without formally committing to follow through.

In some cases, such as when acquiring funding from a bank, a letter of intent may even be required.

Example of a Letter of Intent

As an example of a letter of intent, consider Widget Manufacturers.

This company is discussing a possible purchase of a company manufacturing a similar product.

In order to iron out a potential deal, Widget Manufacturers created a letter of intent with key terms of its planned deal, including its intent to perform due diligence and a range of prices it is willing to offer.

Here is a generic sample template of what a letter of intent could look like: 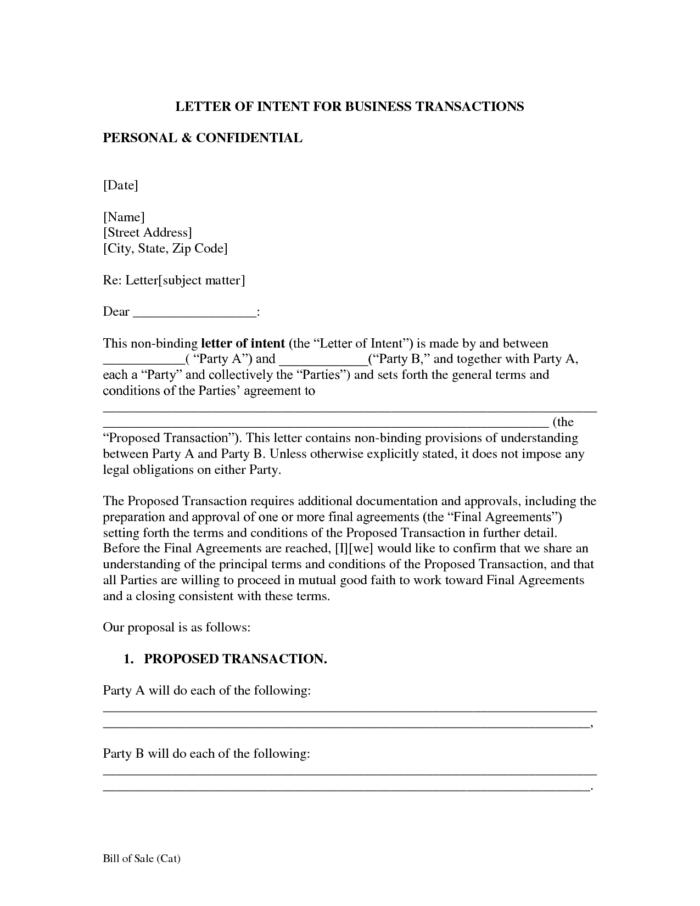