Fixed Asset DefinedWhat are they in Business?

You may be asking yourself what a fixed asset is. Simply put, a fixed asset is a tangible piece of equipment or property that a business owns for the long term for the purpose of generating income through its usage.

When it comes to having fixed assets, businesses that acquire these do not aim for it to be liquidated or converted into cash within a span of one year.

Where fixed assets can be found in a company’s financial statements is the balance sheet.

In the balance sheet, fixed assets are usually labeled as property, plant and equipment which is typically abbreviated as PPE or PP&E. A fixed asset can also be referred to as a capital asset.

The balance sheet statement of a company is composed of the business’ assets, liabilities and its shareholder’s equity.

Assets are divided into two categories and can either be considered as a current asset or as a noncurrent asset with the differences being dependent on the asset’s useful life.

A current asset is generally an asset that is liquid so it can easily be converted into cash in less than one year.

By contrast, a non-current asset is an asset or property that cannot be readily converted into cash and therefore is not liquid.

There are different kinds of non-current assets such as deferred charges, intangible assets, fixed assets and investments that run for the long term.

The reason why a business would purchase a fixed asset is because in most cases, that asset is needed in its production process or in the supply of the company’s services or goods in addition to its utilization in the organization, or for the purpose of being a rental property to external parties.

When using the term “fixed” to describe these assets, it just means that these assets would not be sold or completely used up within an accounting year.

Generally, a fixed asset is more often than not a physical property which is typically reflected on the balance sheet as PPE or PP&E.

In scenarios when a company would either dispose of or acquire a fixed asset, the transaction of which is reported under the business’ cash flow statement to reflect as a cash flow from investing activities.

There are times when the value of an asset would decrease to an amount that is lower than its net book value; in cases like these, the fixed asset is subjected to a write down to reflect its impairment.

What it means to have an impairment write down is to have the balance sheet take into account the decrease in asset value by adjusting the figures recorded to reflect the decrease in value in comparison to the current market value.

There will come a time in the cycle of using a fixed asset that it eventually runs into the end of its useful life which is the point when the business would typically dispose of the asset through its sale in exchange of its salvage value.

A salvage value is the estimated value of an asset if it has been taken apart and sold in individual parts.

There is also the likelihood of an asset becoming obsolete making it difficult or downright impossible to sell so businesses that have this happen tend to just dispose of the asset without any payment received in return.

Whether the asset is sold by the end of its useful life or it is just simply discarded for being too broken or outdated, the asset will be written off of the balance sheet since it is no longer used by the business.

Cash and cash equivalents, prepaid expenses, inventory and accounts receivables are classified as a current asset.

Due to the short term nature of a current asset, there is no depreciation accounted for it; unlike a fixed asset that undergoes the process of depreciation.

A fixed asset is in fact a non-current asset.

Other kinds of non-current assets out there are inclusive of any investments that are for the long term or properties that are not tangible.

An intangible asset is a fixed asset that is put to use over the long term though it does not possess an existence that is perceived physically.

A set of examples of intangible assets are a business’ intellectual property, trademarks, copyrights, and goodwill.

On the other hand, a long term investment can also be inclusive of bond investments which do not mature within one year or will not be sold.

The benefits of Fixed Assets

The accurate recording, gathering and documenting of information regarding the assets of a business is what aids in making the correct business valuation, financial reporting and comprehensive financial analysis to determine the company’s actual standing.

Creditors and investors look into these reports as a basis on their decision on whether or whether not they would lend money to a business or buy shares from that business since the financial health of the company as conveyed in these reports is one of their major deciding factors.

A business can make use of various generally accepted accounting methods for recording their books, depreciation and disposal of its assets which is why the analysts of these reports have to go through and study the business’ notes on its financial statements to be informed on how the numbers on those statements came to be so there is no confusion on how and where these numbers are derived from.

In an industry that is intensive in capital, fixed assets have a significant importance like what we see when it comes to manufacturing where huge investments in property, plant and equipment are needed.

A business that is consistently reporting negative net cash flows due to the purchase of fixed assets is indicating that the firm is currently in a rapid growth or investment cycle.

Examples of a Fixed Asset 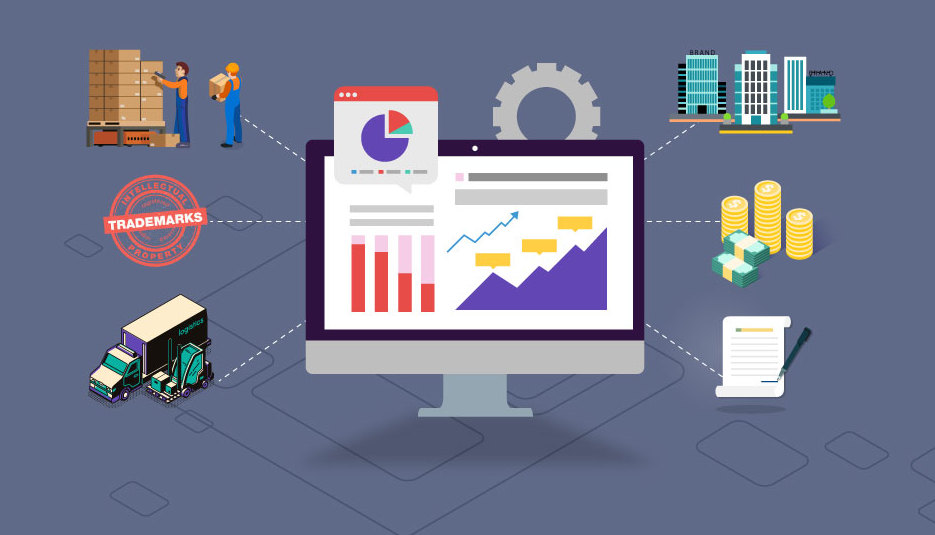 A fixed asset can be anything from vehicles, machinery, land, furniture, software, computer equipment or a building.

An example to illustrate this is when a business makes produce for sale and requires the use of delivery trucks to deliver the produce to the market.

The delivery truck that the business owns and subsequently uses as part of its operations is considered as a fixed asset.

If a business has made a parking lot for its company, then that parking lot is considered as a fixed asset as well.

It should be noted that a fixed asset does not equate to that asset being “fixed” in any sense of that word.

A fixed asset can be moved and transferred from one area to another such as the case with computer equipment and furniture.

The longer a fixed asset stays in the company to help it generate income, the more it will lose its financial value.

Since a fixed asset produces income for more than a span of one year, it is expensed in a way that is unique to other items.

On a yearly basis, a set amount of the cost the company paid for to acquire the asset is expensed.

The full upfront cost of a fixed asset is not recorded as it is within the year it was bought for the reason that the business will need to align the cost of the asset with the asset’s income generating worth in the long term.

When the asset depreciates, so does its overall value which is reflected on the balance sheet of the company.

The way a company chooses to have its asset depreciated can result in the asset’s book value to differ from and conflict with the asset’s current market value.

An asset’s book value is the amount that appears on the business’ balance sheet to reflect the asset.

An asset’s current market value is the amount at which the asset could be sold for at present.

With this said, it should be noted that land is not a depreciating asset and therefore, it does not depreciate or lose its value over time while the company is making use of it.

Below are some frequently asked questions on fixed assets that have been briefly answered for you.

What is the difference between a current asset and a fixed asset?

A fixed asset is a type of non-current asset.

A fixed asset is a tangible piece of equipment or property purchased and owned by the business with the aim of using these assets as a way to boost its operations and generate more income over the long term.

A fixed asset is not anticipated to be used completely within the year that it is bought and neither is it expected to be convertible into cash in less than a year.

On the other hand, a current asset is bought by a business with the intent of fully consuming it within the year that it is bought or to have it convertible into cash within the short term which is a period that spans less than a year.

A current asset does not depreciate unlike fixed assets.

A current asset can be anything from prepaid expenses to inventory, accounts receivable or cash and cash equivalents.

By contrast, a fixed asset is also known as a capital asset and thus plays a significant part in industries that are intensive in capital such as the manufacturing industry.

These kinds of industries would need a huge amount of investment in property, plant and equipment (PPE or PP&E).

Despite its differences, a current and fixed asset will both appear on the company’s balance sheet.

What is an example of a fixed asset?

A fixed asset can be anything from the company’s vehicles, machinery, land, furniture, software, buildings or computer equipment.

An example to illustrate this is when a company is in the business of selling produce thus requiring the purchase of delivery trucks to transport the produce.

The delivery trucks that were bought and owned by the business are a part of its fixed assets. It should be remembered that the term “fixed” in a fixed asset does not mean that the asset is tied down to one place and one place only.

Rather, there are fixed assets that can be transferred or moved from one area to another such as what happens with vehicles, computer equipment and even furniture.

What are other kinds of non-current assets?

Other kinds of non-current assets include intangible properties and investments made for the long term.

An intangible asset is a fixed asset that is bought with the purpose of using it for the long run though it does not have an actual physical presence.

An example of what an intangible asset is includes the business’ intellectual property, trademarks, copyrights and even goodwill.

At the same time, a bond is still included as a long term investment when it does not mature within the span of one year or when it is not sold within the year of its purchase.