Sometimes, it refers to a very specific legal interpretation, and other times it’s a phrase that’s used more casually to describe a business that has a massive amount of power and control of their market.

In America, monopolies in business date back to the late 1800’s, when private companies were given exclusive contracts to dominate certain industries.

When an individual company was granted sole control over a resource such as steel (Andrew Carnegie’s Steel Company, or U.S. Steel), oil (Standard Oil), and tobacco (the American Tobacco Company), it was impossible for others to compete with them.

It wasn’t until 1890, via the passing of the Sherman Anti-Trust Act, that these huge monopolies were dismantled and competition became more viable.

In today’s world, it’s not necessarily exclusive contracts that dictate and define a monopoly, however.

Sometimes, it can be a company in a field where others are theoretically able to compete, however the biggest player makes that incredibly difficult, if not impossible, sheerly through their own success and might.

The definition of monopoly can vary somewhat, and there’s a variance between using the term monopoly in colloquial way versus how a court might rule on it in practice.

This collection of examples of Monopoly spans a number of different industries and different types of monopolies, too.

Can you spot the differences and similarities between these examples? 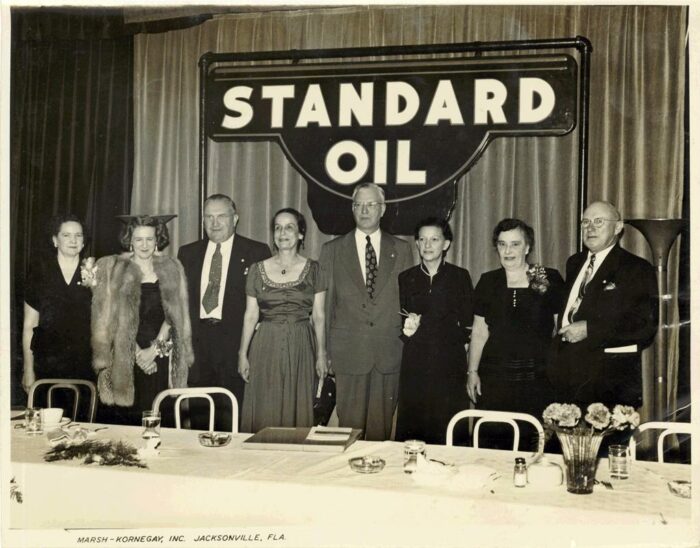 This is a go-to example of a monopoly and one of the most famous, too. John D. Rockefeller became the world’s first billionaire when he had a market share of 90% in the oil industry.

Even in the 1800’s, that was an absolutely massive industry.

Standard Oil’s monopoly was achieved by buying out all of the competition through acquisition.

In addition to buying his competitors, John D. Rockefeller put others out of business and caused them to bankrupt or just close their doors.

In Ohio, where Standard Oil was founded, only 4 of their 26 competitors remained, and were operating in a much smaller capacity, since there wasn’t much market share left for them to share after Standard Oil’s monopoly was in place.

The US Supreme Court ruled that Standard Oil had to be broken up into dozens of smaller companies, some of which would end up merging. 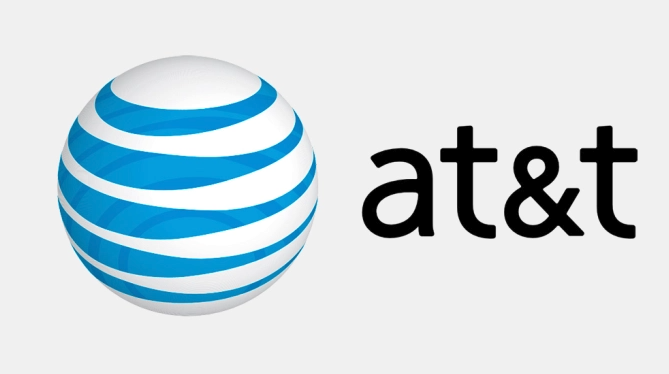 This slightly more recent example of a monopoly being broken up involves the massive telecommunications company AT&T.

This company’s history started in 1885.

At the time, AT&T was a legal monopoly in their space, and they would hold onto this monopoly for decades. AT&T’s monopoly was on phone service and even spanned outside of the United States into Canada.

In the following decades, there was a lot of restructuring, mergers, and acquisitions that would shift around the world of telecommunications.

Microsoft’s famous antitrust case deemed that they were operating a monopoly because their Windows software made it needlessly difficult to install competing software, for example if you wanted to install a third party web browser to use instead of Internet Explorer.

This case was argued in February of 2001, and resulted in Microsoft having to share some of it’s proprietary programming interfaces with their competitors.

They also had to appoint a panel of three members who would have full access to Microsoft’s source code, systems, and company records for a period of 5 years. This period was to ensure that Microsoft was complying with the settlement.

This is the parent company of Google, who absolutely dominate the online search space. Their brand name is synonymous with searching for something on the internet. Google’s reach has expanded beyond just search, they operate a massive advertising business where they sell ads in their search results and also on a huge number of websites across the internet.

Google has projects that span a number of industries, but they’re still far and wide the global leader when it comes to search and various forms of online advertising, too. 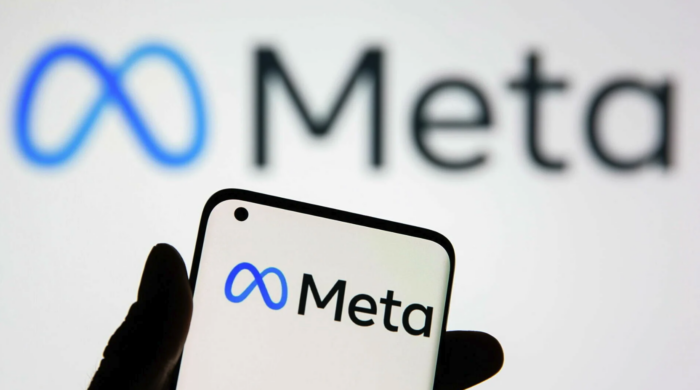 Facebook’s parent company, who rebranded to Meta, have had the “M word” (monopoly) thrown at them a number of times.

In this case, the market they’re cornering is social media. Competitors of Facebook have attempted to launch competing social networks (Google+, for instance) but Facebook’s foothold grows with each new acquisition.

They also acquired Instagram, WhatsApp, Oculus Rift for their venture into the metaverse, and more.

Here’s an international monopoly that dates back to the Tang dynasty in China, all the way back in the 750’s.

That’s right, the year 758, to be precise. The Salt Industry Commission was a state monopoly that sold salt to private merchants and businesses, and was dismantled in recent years.

The Salt Industry Commission had changed and evolved over the course of it’s thousand+ year old lifespan that existed across multiple millennia.

When you think about how much salt is used, you can imagine this was a great source of revenue for the government who monopolized and taxed the production and sale of salt.

You might recognize this brand name because there have been stories written about their massive monopoly in the world of luxury brands over the past few years.

They make the vast majority of sunglasses and eyewear in the world, but you won’t see the brand “Luxottica” printed on very many of them.

They make glasses under the brand names Armani, Chanel, Ray-Ban, Burberry, Versace, Tiffany & Co., and many, many more.

Going back to 2014, Luxottica was called a monopoly by Forbes magazine.

The publisher went on to say that Luxottica is the monopoly responsible for making eyeglasses so expensive.

A representative for Luxottica responded, saying that the eyewear industry is incredibly competitive and that Luxottica doesn’t have a monopoly.

At the time, it was a $28 billion dollar industry and Luxottica controlled 80% of the major brands.

Monopsony: The Opposite of a Monopoly 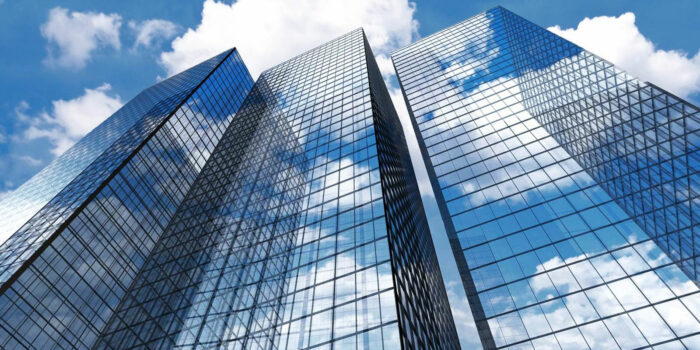 A monopoly is when there’s one major seller who reigns supreme over their market.

There can also be some smaller players, but there’s one clear dominant company that’s running the monopoly and they’re checking off various boxes that define a monopoly.

On the other hand, however, is something called a monopsony.

A company operating under a monopsony can have disproportionate control over a market by controlling the majority of inputs, giving them a lot of leverage over their suppliers, and making it very difficult for new companies to start up and compete.

Final Thoughts on Our Examples of Monopoly

As you can see, Monopolies can come in different shapes and sizes, and sometimes they’re right under our noses operating dozens of brands in the same market without most consumers even realizing that it’s happening.

It gives the illusion of choice, when in reality, you’re buying products from the same company, regardless of which brand you choose.