Earned-Income Credit (EIC)Defined with Examples & How to Calculate

The earned-income credit (EIC) is a tax credit that is intended to help low and middle-earning U.S.taxpayers by reducing the amount of federal tax that is owed.

The EIC tax credit is refundable in cases where the credit exceeds the taxpayer’s liability.

This tax credit changes in amount every year, and the amount a taxpayer qualifies for is based on their marital status, the number of qualifying children, and their earnings.

For the 2021 tax year, the American Rescue Plan Act of 2021 provides a significant increase in eligibility and benefits for individuals that qualify as childless.

Taxpayers with low to moderate earnings may qualify for the EIC whether or not they have a dependent.

They do need to have lived in the United States for over six months during the tax year.

A qualifying dependent for the EIC will typically be a dependent child below the age of 19, a full-time college student who is not yet 24 years old, or a dependent with a disability.

The actual percentage of the credit, the earnings cap, as well as the amount of the credit will depend on the taxpayers’ number of dependents and income.

The same factors will determine the phaseout range, which will decrease to zero.

A taxpayer is required to have earnings in order to be eligible for the EIC.

However, a taxpayer’s investment income is limited to $10,000.

There are other requirements as well, such as age, residency, and relationship.

If the taxpayer does receive a tax credit, it will reduce the amount of taxes.

Additionally, if the credit is greater than the taxes owed, the taxpayer will likely be eligible for a refund.

The Earned Income Credit is a crucial tax credit for many individuals with low incomes.

Individuals that are United States citizens or resident aliens and have a Social Security number, and have lived in the country for the entire year by the due date for taxes can qualify for the EIC.

The credit the taxpayer may earn will depend on their filing status, the number of dependents, and annual earned income.

An Example of the Earned Income Credit 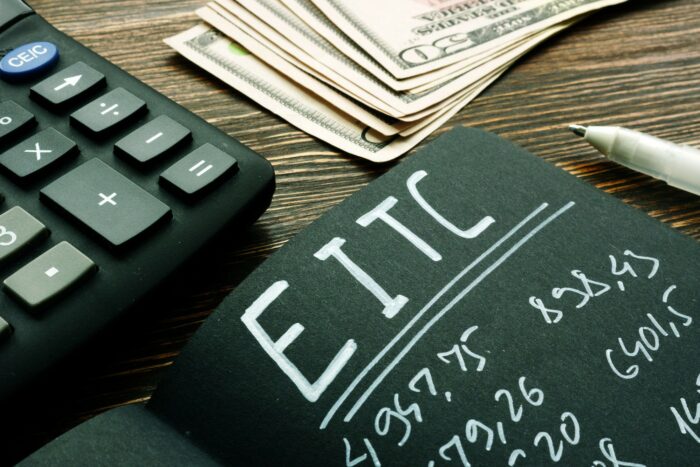 Who Qualifies for the Earned Income Credit?

Taxpayers qualify for the Earned Income Credit if their adjusted gross income and earned income fall below the required income limit.

These limits vary depending on whether a person is married or single, as well as how many children they have and what their tax filing status is.

A taxpayer that is married but filed separately must meet certain criteria, which are explained later in this article.

The table below shows the maximum adjusted gross income an individual can make and still qualify for the EIN.

The maximum credit amounts are as follows:

Changes to the Earned Income Credit for 2021 Tax Returns

Several EIC rules have been revised for tax returns being filed for the 2021 tax year as a result of the American Rescue Plan Act of 2021 (ARPA), and some of these are temporary changes that will only apply for 2021.

One of the temporary changes is increased eligibility and more generous benefits for taxpayers who do not have any eligible children.

Under the regular rules for the EIC, a person with no children qualified for the EIC if they were from 25 years old through 64 years old.

The benefit amount is considerably more generous as well.

Previously, the maximum benefit amount for 2021 would have been $543.

There are some permanent changes to EIC rules as well as a result of the ARPA, such as the amount of allowable investment income and spouses filing separate returns.

Also, under the new rules, a spouse filing income taxes as head of household or married filing separately can qualify for the EIC if they:

These changes, unlike the temporary additions to the EIC, will pass on to future tax years.