Diseconomies of scale occur when a company grows so large that unit costs become more expensive.

At this point, economies of scale do not exist, so costs no longer decrease as output increases.

Instead, as output increases, so do average costs.

There are a number of reasons a company may experience diseconomies of scale, but they all can be classified as either internal or external.

Internal diseconomies of scale tend to come from technical problems related to production or organizational problems in the structure of a business as it grows.

External economies of scale can occur as the result of limitations placed on a company by the environment they operate in.

One problem that can cause diseconomies of scale is overcrowding, in which employees and machines can cause crowding leading to reduced operating efficiency.

A second issue that can cause inefficiencies is increased operational waste caused by inadequate coordination.

The third cause of diseconomies of scale occurs when the optimum output for different operations fails to align. 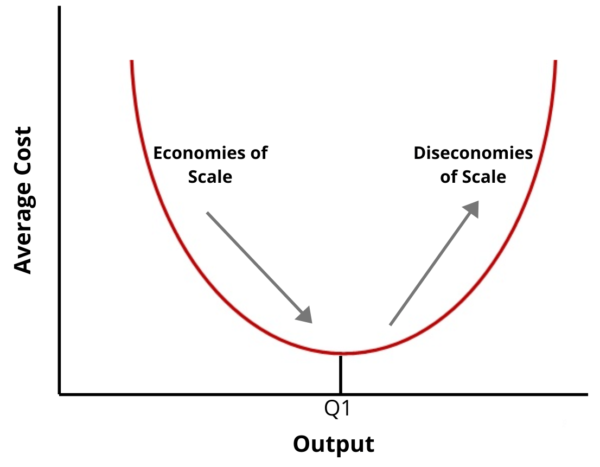 Types of Diseconomies of Scale

Technical diseconomies of scale take place during the production process.

They are caused by inefficiencies in the production process.

These inefficiencies are often due to problems related to managing a larger workforce.

These inefficiencies could be due to overcrowding a facility with workers, thus causing them to get in each other’s way or duplicate each other’s work.

This could actually increase costs while decreasing the output.

A new facility can also cause diseconomies of scale.

New facilities are not always as efficient as the previous facility.

Another problem that could cause diseconomies of scale is when a company has one plant that cannot produce as much as another related plant.

If these plants both produce different components that makeup one item, then if one plant has slower production, the other plant may need to slow its production.

This would increase the cost per unit of the item.

There are several reasons that organizational diseconomies of scale may occur.

However, the main cause is the challenges of handling a larger number of employees.

A number of these problems can lead to diseconomies of scale.

One of these problems is the increased difficulties in communication.

With a larger business, it can be a lot more difficult to communicate between different segments of the business.

Also, employees may no longer have a clear understanding of what is expected of them.

Additionally, there may be less face-to-face communication which could lead to less feedback.

Another issue with a larger workforce that could be caused by diseconomies of scale is a lack of motivation.

This can be caused by the way employees of large companies sometimes feel isolated, thus causing them to think they are not appreciated.

This can then cause the employee’s productivity to decrease.

External diseconomies of scale may occur due to limited economic resources or other limits placed on a business by the external environment in which it operates.

Generally, the limits include things such as increasing input costs because of price inelasticity in the supply of inputs.

Another issue that can cause external limits on capacity occurs when there is a lack of common goods or local public goods due to the rise in demand caused by increased production.

An example of this would be a lack of water due to a limited local water supply.

As the water becomes more scarce, prices could rise significantly.

Another example of this would be the limited space for shipping.

As the demand for space on trucks and cargo vessels increases, so to will the price for the limited room available.

A similar cause of diseconomies of scale would be the price inelasticity of supply for major inputs that are traded on the market.

Should a company try to increase its output, it would need to buy additional inputs.

However, because of the price inelasticity of the inputs, the cost of the inputs will quickly rise disproportionately to the increase in output. 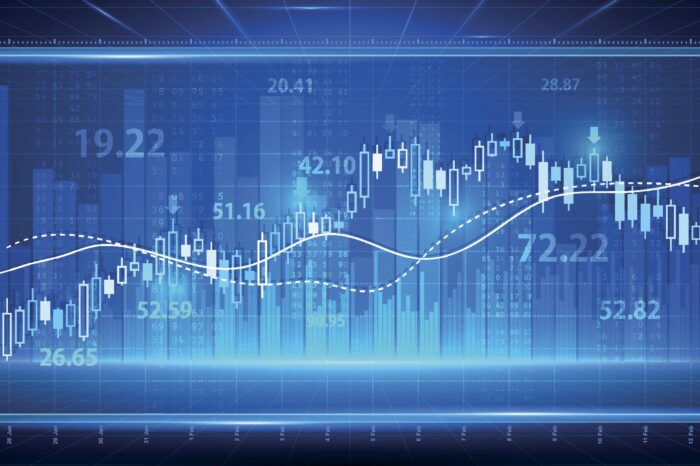