Discount Rate Vs. Interest RateDifferences You Need to Know Between the Two!

The discount rate is the rate that Federal Reserve Banks charge depository institutions or commercial banks for overnight loans.

This rate is established by the Federal Reserve Bank rather than being determined by the market.

In contrast, the interest rate is the amount lenders charge borrowers when they lend money or some other asset to the borrower.

The asset being lent to the borrower could be money or other assets, such as buildings or machinery.

Interest rates are generally computed for a period of a year.

This is called the annual percentage rate. 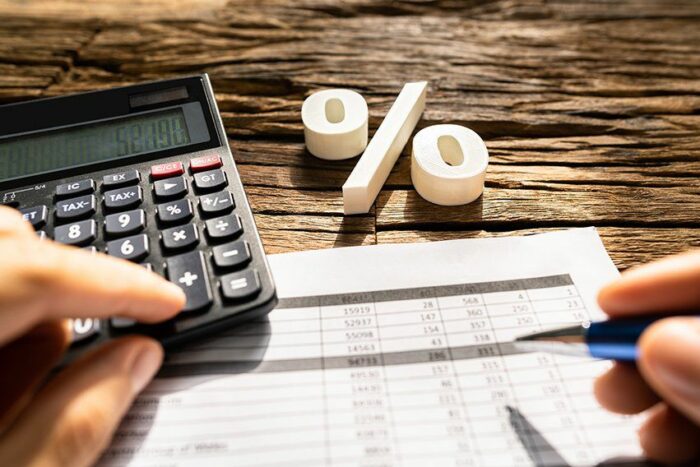 The discount rate is the rate the Federal Reserve Bank charges commercial banks for overnight loans.

But, it is also the interest rate that is used when performing discounted cash flow analysis.

This analysis is used to estimate the future value of an investment based on its forecasted cash flows.

This is useful for investors as it allows them to compare the value of different potential investments.

Due to the time value of money, a set amount of money will have different values at different times.

As an example, we could use the discount rate to determine whether it would be better to receive $1,000 at the beginning of the year or at the end of the year.

Clearly, it is better to receive the $1,000 at the beginning of the year.

If you receive the money at the beginning of the year, you can invest the money and earn a return on the money.

However, if you choose to receive the money at the end of the year, it will only be worth $1,000.

Pension plan companies and insurance companies use the discount rate to discount their liabilities.

The interest rate is the percentage a lender charges a borrower for the use of their money or other asset being borrowed.

This is the rate that a bank or financial institution will charge on the principal amount they are lending to a borrower.

For borrowers, it is the price they pay for using the bank’s money.

Whereas, for the bank, it is the amount they earn for lending the money.

There are two different types of interest rates, which are:

Suppose Mr. Smith wants to take out a loan for $500 to buy some new shelves for his bookstore.

The bank is willing to loan him the money, and he will be required to pay them $550 when the loan comes due at the year’s end.

For this loan, the cost of borrowing the money, the interest, is $50.

Suppose Jill deposits $500 in a bank account, and the bank pays simple interest of 5%.

However, if the interest is instead compounded annually, Jill would receive $78.81 in interest.

The following table shows the calculations.

As you can see from the chart, depositing your money in a bank offering compound interest will increase the money you earn on your deposit.

Both discount and interest rates are key concepts in investing and can be extremely complex.

So, here are some of the key differences between the two concepts.

Though the terms discount rate and interest rate are easy to confuse, they have very different meanings in investment and finance.

This means that many individuals, as well as businesses, will interact with interest rates on a regular basis, whereas discount rates are generally only of concern for larger institutions.