What is Cash for Clunkers and can you still get Cash for your Clunker Car? Learn more!

What is Cash for Clunkers?

The Car Allowance Rebate System, or more commonly known as “Cash for Clunkers” was a U.S. government program that aimed to replace older, low-MPG vehicles with new, more efficient ones, in an effort to reduce air pollution and stimulate consumer spending.

The program began on July 1, 2009 under President Barack Obama’s administration and it offered qualified individuals either $3,500 or $4,500 towards the purchase of a newer, more fuel efficient vehicle.

In order to be eligible, you had to trade in an older vehicle and either purchase or sign a five+ year lease on a newer car, truck, van or SUV.

The program initially began with $1 billion dollars in funding which quickly ran out due to the programs popularity.

Congress quickly allocated an additional $2 billion for the program which then last through November 2009.

Eligibility – What Cars Qualify for Cash for Clunkers?

The program was pretty straightforward and didn’t have a huge list of criteria:

The traded-in vehicles were junked, scrapped and crushed or shredded.

However, because the main goal of the program was to reduce air pollution, the new vehicle purchased had to have an EPA-rated fuel efficiency of more than 22 miles per gallon.

Was Cash for Clunkers a Success?

Supporters of the CARS program say that it was a huge success with well over 700,000 dealer transactions.

Supporters also argue that the program has reduced pollution by removing hundreds of thousands of clunkers off the roads.

On the other hand, critics of the program say it created a shortage of used cars on the market.

Edmunds.com stated that ” ‘Cash for Clunkers’ rendered many thousands of used vehicles inoperable and removed them from the scene at an unnaturally high rate.”

As a result, it drove up used car prices causing a harmful effect on those not eligible for the CARS program.

What happened to Cash for Clunkers Cars?

The Cash for Clunkers program was active from July 1, 2009 through November 2009.

The allocated funds of $3 billion were depleted in November 2009 and the government decided not to allocate any additional funds to the program.

Any vehicles that were retired through the program were scrapped, junked, and crushed or dismantled.

There’s been some buzz lately about the Biden administration bringing back a new, revamped Cash for Clunkers program similar to the one under the Obama administration in 2009.

According to the Washington Examiner, “The idea is modeled after a $392 billion plan released last year by Senate Majority Leader Chuck Schumer to provide drivers rebates to swap old gas guzzlers with zero-emission vehicles, in what would be a major expansion of the Obama administration’s $3 billion “Cash for Clunkers” program.”

This program would have a heavy focus on zero emission vehicles such as electric cars, plug-in hybrids, and hydrogen fuel-cell.

There is no official date and we aren’t sure if this will actually happen in 2021, but it is something to definitely keep an eye on as it develops. 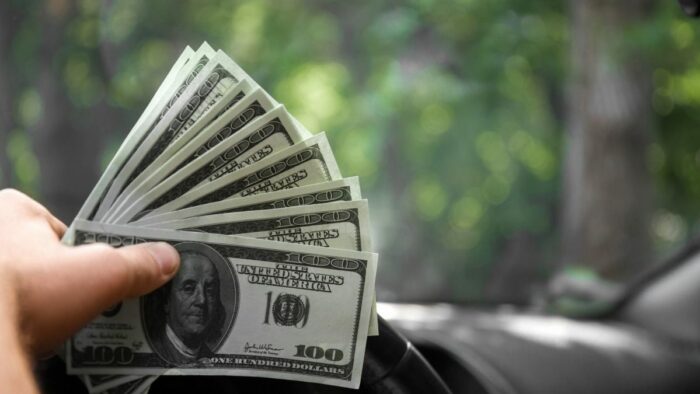 The State of California has their own version of the Cash for Clunkers program that is still active today.

It is operated by the Bureau of Automotive Repair’s (BAR) Consumer Assistance Program (CAP) and their goal is to remove old, junk, clunkers off the streets in California to promote clean air and lower motor vehicle emissions.

They offer eligible consumers the option for repair assistance or the complete retirement of their vehicle.

In order to be eligible for the maximum $1,500 payout from the CAP vehicle retirement program, consumers must have a gross household income of less than or equal to 225% of the federal poverty level.

Consumers who’s household income exceeds 225% of the federal poverty level may be eligible for the $1,000 payout to retire their vehicle.

In order to be considered for the $1,500 payout, the vehicle to be retired must meet a list of criteria set by the BAR:

Once your application is approved, the vehicle will undergo a BAR-contracted inspection which means the car needs to run and start with no missing doors, windows, seats, etc.

For a complete list of criteria for the $1,500 payout visit the BAR requirements page here.

If your car does not meet the eligibility requirements to retire the vehicle, you may be eligible for repair assistance.