What Is the Capital Asset Pricing Model?

The Capital Asset Pricing Model (CAPM) is an important model that helps to explain the relationship between the expected rate of return for an asset and its systematic risk.

This model is critical in the financial industry for deciding the fair pricing of securities as well as for finding an estimate of the expected return of an asset based on its cost of capital and risk. 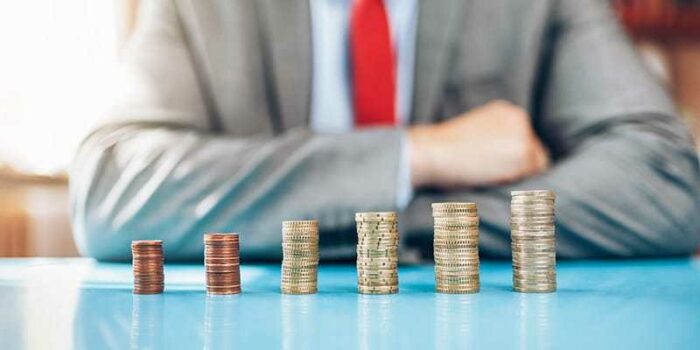 First, here is the formula for calculating the expected return for an asset:

In any investment, the investors expect to receive compensation for any risk involved in making it as well as for the time value of money.

The time value of money is accounted for in the CAPM formula through the risk-free rate, which represents the expected rate of return for an investment that has zero risk, while the other components of the formula will adjust the outcome based on the actual risk of a given investment.

A given investment’s beta is a measurement of its volatility compared to the rest of the market.

This means that the beta of an investment serves to represent the potential that an investor may lose some or all of the investment made in a security.

If a given stock has a greater risk than the rest of the market, then the beta will be greater than one.

On the other hand, if the beta is less than one, it means that the investment has a lower risk than the rest of the market.

Following this, the beta of a stock will be multiplied by the market risk premium.

This is the additional return an investor expects for investing in a market that carries more risk than an investment with zero risk.

The risk-free rate is then added to the product of the market risk premium and the beta of the stock.

The resulting total will give the required rate of return for an investment or a discount rate which can be used to determine an asset’s value.

The CAPM formula is useful for determining whether an investment in a given stock is worthwhile based on its expected rate of return compared with its risk and the time value of money.

As an example, consider an investor who is considering purchasing a stock worth $50 per share which pays an annual dividend of 2%.

This stock has a beta of 1.1, and this means that it is slightly riskier than a market portfolio.

Let’s assume that the risk-free rate is 4%, and the investor anticipates that the market’s value will rise by 5% annually.

Using the CAPM formula, the expected return for this stock will be 5.1%.

This expected return discounts anticipated future dividends and appreciation of the stock throughout the course of its holding period.

If, in our example, the future anticipated value of these cash flows is equal to $50, then CAPM would indicate that the value of the stock is priced fairly based on its risk.

Issues With the CAPM

The CAPM formula relies on a number of assumptions that have been shown to simply not hold true in reality.

First of all, CAPM relies on the assumption that investors are rational and risk-averse with a desire to maximize their returns.

Secondly, it assumes that markets are fully competitive with no transaction costs or taxes and information is readily available and accurate.

These are significant issues, but despite this, the CAPM model is widely used because it is a relatively simple formula to use and provides an easy way to compare the benefits of different investment options.

Another drawback with CAPM is in its use of beta.

CAPM assumes that the risk of a stock is measurable by the volatility of its price; however, not all price movements represent equal risk.

Additionally, the value of beta is constantly changing, and in many cases, this will result in an obsolete valuation of risk.

Another issue is in the CAPM’s assumption that the risk-free rate will remain stable throughout the entire period of discounting.

In the U.S., the interest rate on three-month U.S. Treasury bonds is used as a stand-in for this number.

However, the interest rate for these change regularly and over a long holding period may increase, resulting in a corresponding increase in the cost of capital invested in the stock, which may result in the stock appearing overvalued.

The market portfolio is only a theoretical value based on the idea of a perfectly diversified portfolio and does not exist and therefore cannot be used as an actual alternative.

Generally, investors will choose to use a major stock index as a substitute for the market portfolio, such as the Nasdaq Composite, which is not a perfect replacement.

The biggest problem with CAPM is the idea that an investment’s future cash flows can be estimated with any level of accuracy in order to discount them.

If this could be done accurately, then the CAPM itself would not be needed. 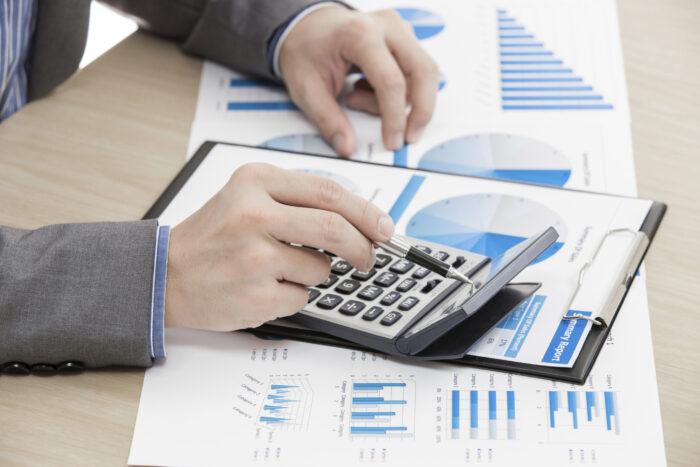 The CAPM and the Efficient Frontier

The CAPM is supposed to help investors manage risk and build better portfolios.

If an investor manages to use the CAPM to perfect their portfolio’s return with respect to risk, their portfolio would be on a curve that is named the efficient frontier.

According to Modern Portfolio Theory, after beginning with a risk-free rate, the expected rate of return for a portfolio will increase as risk increases.

A portfolio on the Capital Market Line (CML) is better than one to the right of the line.

But theoretically, it is possible to have a portfolio on the Capital Market Line, which would mean that it has the best return possible for the amount of risk taken.

The efficient frontier and the CML are somewhat hard to define, but they show investors that increased returns come with increased risk.

However, since it’s not actually possible to create a portfolio that will fit on the CML, investors often assume too much risk in an attempt to obtain higher returns.

The efficient frontier has the same assumptions as CAPM and can only theoretically be computed.

If an investor could actually have a portfolio on the efficient frontier, it would give an investor maximum returns for the risk it involves.

But, there is no real way to tell if a portfolio is on the efficient frontier since there is no way to predict future returns.

The securities market line (SML), which shows the expected returns for an individual asset, and the CAPM show the relationship that exists between a stock’s beta and its return.

If a portfolio has a high beta, it is riskier.

However, it is possible to have a portfolio consisting of high beta investments fit somewhere on the CML where the risk would be at an acceptable level for the returns involved, but it would not be the theoretical ideal.

The unrealistic assumptions concerning beta and market participants that these models make lessen their value in the real world.

The CAPM is often criticized, which might cause some investors to question its usefulness.

But, the CAPM can be a useful tool for evaluating how realistic the future expectations for an investment are or for comparing different securities.

For example, if an investment advisor suggests that an investor add a stock that has a $200 share price.

Then, the advisor justifies the price with a 15% discount rate by citing the use of the CAPM.

The advisor’s investment manager can then take the CAPM information and compare it to the past performance of the business as well as its peers to find out if the 15% return rate seems to be a reasonable estimate.

Next, assume that most of the above company’s peers had a return of 12% during the last couple of years and the stock being suggested by the advisor generally only had 11% returns, the manager should not take the advisor’s advice without an adequate reason for the expected increase in returns.

Investors may also find the concepts that are used in CAPM and efficient frontier useful for evaluating their individual stock performance as well as their portfolios as compared to the market as a whole.

As an example, consider an investor whose portfolio has earned 12% during the previous five years with a standard deviation of returns, or risk, of 6%.

This investor might consider using this observation to reanalyze the makeup of their portfolio and what investments they have that might not be on the security market line.

It may even help the investor to understand why their portfolio is not on the capital market line.

The investor may even be able to identify the stocks that are underperforming or increasing the portfolio’s risk unduly and make some improvements to their portfolio.

The CAPM helps an investor to determine if a security has a fair price.

The model shows the relationship between the risk in an investment as compared to its expected return.

The CAPM does use some assumptions about the behavior of investors, market fundamentals, and risk and return distributions that are not very realistic.

But, by understanding CAPM and the concepts associated with it, investors can do a better job of choosing which investments are best for their portfolios.