Budget SurplusDefined along with Examples

What is a Budget Surplus?

When it comes to government spending, a budget surplus happens when the income exceeds the expenditure, typically a scenario when the taxes that a government collects is more than the amount spent for their budgeted allocation towards education, healthcare, defense, etc.

For individuals, the surplus amount is called a savings and just like savings, a budget surplus means that the government is adequately managing its finances. 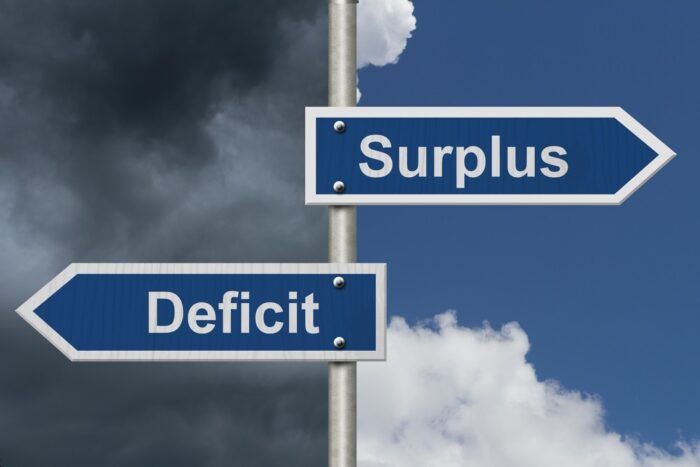 There is undeniably a lot that a government can do with a budget surplus and typically, the amount can be used to pay off debts, make purchases that were not set in the budget previously, and it can also be saved for future use.

On the other hand, when government spending is more than what it has earned in terms of taxation, it is called a budget deficit – a scenario where governments will find themselves borrowing money and paying interest on it.

When the income and expenses are equal, this occurrence is called a balanced budget.

The last time a budget surplus occurred in the US was during the last year of Bill Clinton’s term in office as President when a budget deficit was eliminated and this has resulted in a surplus.

Reasons for a Budget Surplus

There are many indications that result in a Budget Surplus and it could either be because the growth in the government’s income exceeds that of the growth in expenditures, or maybe there has been a reduction in spending even when the income stayed the same but when a government has a surplus in their budgets, the extra funds that they get can be allocated towards helping the economy through the lowering of public debts which results to a reduction in interest.

More government programs can also be funded in the process.

A budget surplus is not always a good thing even when it indicates that an economy is healthy.

The effects of a budget surplus include governments debts declining, deflation, lower interest rates, lower quality of public services and impact on growth.

With a budget surplus, governments can decide to use the extra funds to pay for their debts, even though it is not necessary for governments to do so.

Deflation can occur when a government has experienced budget deficits and then suddenly experiences a budget surplus due to a sudden pull on aggregate demand.

When governments decide to reduce their debt burdens from their extra funds, this reduction in debt also means that interest rates will decrease from risk reduction due to a lower probability of governments defaulting on their debts.

These cuts mean cutting the budget from the different programs of the government which in turn leads to a specific government function operating with a lesser budget.

A lower budget can mean a lower quality of services provided to the people.