Imagine this: a company has a lot of assets, but it is low in cash.

Now, this may not be an issue in regards to the company’s financial position, but can you see the problem that such a situation may pose?

Just think, cash is the lifeblood of a business – it is needed to keep the business operational.

What if a company is unable to pay all of them with the low amount of cash they have?

See, while having lots of assets can be a great thing, being low in cash is certainly an issue that a company must address.

The usual way to address such an issue is to convert its non-cash assets to cash.

A company may intensify its cash sales, or exert extra effort in collecting its receivables.

Another way is to employ the services of a ‘factor’ by way of accounts receivable factoring. 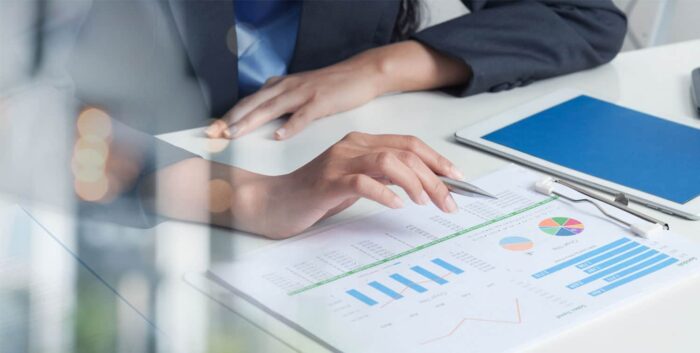 Accounts receivable factoring: What is it?

It can also be referred to as factoring, invoice factoring, or accounts receivable financing.

Normally, it is a company’s legal right and responsibility to collect their accounts receivable.

Under factoring, the factor is the one to do the collecting instead.

Factoring is a way for companies to quickly generate cash.

In exchange, they receive less cash as compared to collecting their factored accounts receivable.

Factoring is usually used by companies to meet their immediate cash needs.

In addition to quickly generating cash, factoring also transfers the risk of account default to the factor (in the case of non-recourse factoring).

The cost of Accounts Receivable factoring

Factoring comes with a cost which is known as the “factoring fee”.

The factoring fee will depend on the total amount of accounts receivable to be factored.

Aside from that, the factoring fee also depends on other things such as:

Under non-recourse factoring, the factor shoulders all the risk of default associated with the factored accounts receivables.

The factor cannot go after the company should there be any uncollected accounts.

The factoring fee under this type of factoring is higher as the factor takes all of the risks associated with the collection of the accounts receivable.

To illustrate, let’s say the FF company was in dire need of cash.

FF company and the factor agreed that the latter would shoulder all the risks, which makes this a non-recourse factoring.

That would mean that if there are any uncollected accounts, the factor cannot go after FF company.

In this case, FF company essentially paid a factoring fee of $20,000.

Some companies would record the factoring fee as Interest Expense.

The rationale behind it is that because they received cash earlier than when waiting to collect on the accounts receivable.

What’s important though is that the difference between the amount of factored account receivable and the cash received is recorded as an expense.

This means that the factor may go after the company if there are any uncollected accounts.

This type of factoring costs less than non-recourse factoring since the risk of default is not shouldered by the factor.

Let’s go back to the FF company example but instead, they received $185,000 for their factored accounts receivables.

As per their agreement, $5,000 is to be considered as a security deposit for uncollected accounts while the rest is considered as the factoring fee.

If there are none, the factor is to return this amount to FF company.

However, should the amount of uncollected accounts exceeds the amount of security deposit, FF company is liable to pay the factor for the excess.

A sample entry for this transaction would look like this:

However, most companies would treat this as a liability transaction, in which case, the journal entry would like this:

The rationale behind it is that the company still has to pay the factor if there is an excess in the amount of uncollected accounts.

For the rest of the illustration, we will be using this approach.

To continue the example, let’s say that the factor was able to collect in full the $200,000 of factored accounts receivable.

Therefore, the factor must return the $5,000 security deposit to FF company.

This transaction will have two journal entries:

That would mean the factor is to keep the security deposit because there is $5,000 worth of uncollected accounts.

Let’s assume that FF company has already recorded allowance for bad debts for these uncollected accounts.

The journal entries would instead be:

That would mean that on top of the $5,000 security deposit for uncollectible accounts, there is an excess of $5,000.

As per their agreement, FF company paid the factor the excess.

FF was only able to previously record allowance for bad debts for only the amount of the security deposit.

In this case, the journal entries would be:

Should I use accounts receivable factoring?

While factoring is a way to quickly generate cash, it does has its cost.

So if a company mainly deals in cash sales and can afford to wait on their accounts receivable, they most likely will shy away from factoring.

But if a company has immediate cash needs to which their current cash is insufficient, factoring is always an option for them, provided they have accounts receivable that they can factor.

Some companies may even consider factoring a necessity.

However, at the end of the day, whether a company should enter a factoring agreement would depend on a company’s cash needs.